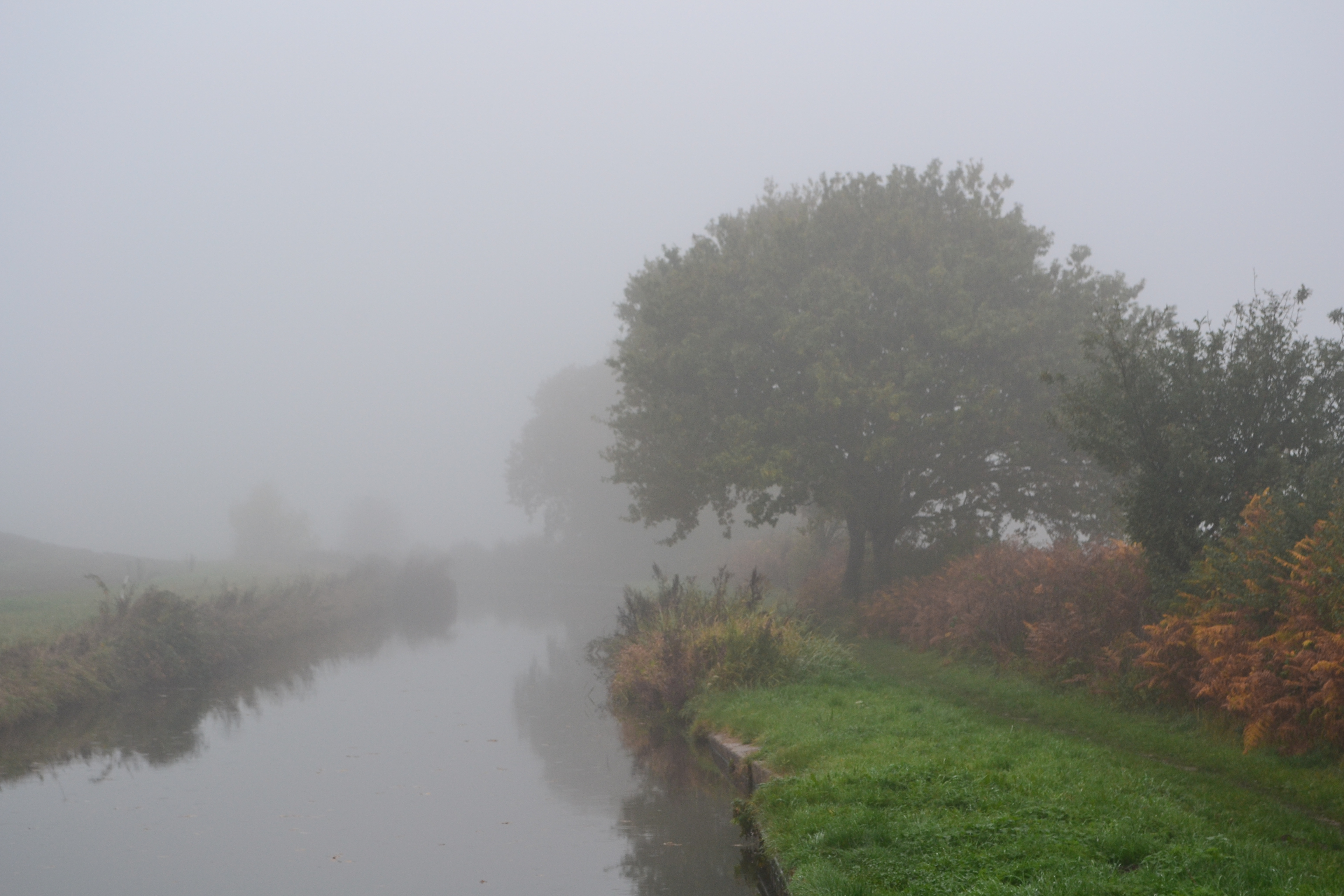 After setting off from Hopwas on Tuesday morning (3rd November) we made our way through the mist and fog and overcast skies through Tamworth and more pretty countryside to find good moorings near bridge 50. These type of moorings are always good to find as there are views across both sides of the canal as well as pretty reasonable television reception due to the openness of the landscape.

We are in no hurry at the moment since we have secured our winter moorings and know our date of departure for Australia, but want to see a little more unknown territory of the Ashby Canal in between the rather typically unpredictable weather. A contradiction in terms perhaps, but it has not been cold (generally) and any day can bring sunny calm weather as well as high winds and heavy rain with any combinations and severity. This means that we might travel well for a day and then be holed up sitting out a bad spot for a few days. This is England after all!!!

On Wednesday we took advantage of a reasonable day to get through the Atherstone locks with no troubles and found another good mooring near Hartshill where we remained for a couple of days waiting out poor weather. Then off again to get through Nuneaton and onto the Ashby to eventually moor in Hinckley near a closed bridge. We needed somewhere safe to leave our beloved Celtic Maid so that we could avail ourselves of the wonderful hospitality of our dear friends (and travelling companions) Julia and Malcolm at their home near Leicester.

Julia arrived on Sunday morning to pick us up while Malcolm remained at home cooking up one of his amazing full English breakfasts. Malcolm and Bob moved onto their usual Sunday afternoon ritual of a “swift half” (or three) in Malcolm’s local pub before returning to cook us a wonderful roast for dinner. Meanwhile Julia took Bron on a drive to visit their new grandchild (who was born somewhat early while we were still in Liverpool – he is looking great!!), and then for a good natter over coffee and cake. I think we had all missed each other’s company.

After a slow start on Monday we finally got going to complete a stock up with the luxury of a car before being returned to Celtic Maid who was patiently awaiting our arrival. It seems that in our absence someone decided that they needed our solar lights from the roof a lot more than we did but that is ok – they only worked intermittently!!!

We left Hinckley on Tuesday after a quick walk to the Trinity Marina, and enjoyed the very rural setting that pervades the length of the Ashby Canal. This is what we enjoy most and despite the at times poor weather it is still a stunning landscape. With a couple of stops near Stoke Golding and Congerstone, we finally arrived at Snarestone just before the tunnel and almost at the end of the navigable section of the Ashby Canal. A highlight along the way was finally seeing a kingfisher. Now that we know where to look they are easier to spot but alas not easy to photograph. Our very poor attempt is in the gallery.

Really not sure of what next but the wind today has been so strong (due the the influence of the low pressure cell, Abigail) so we think we might just sit here and see what happens next!!!!