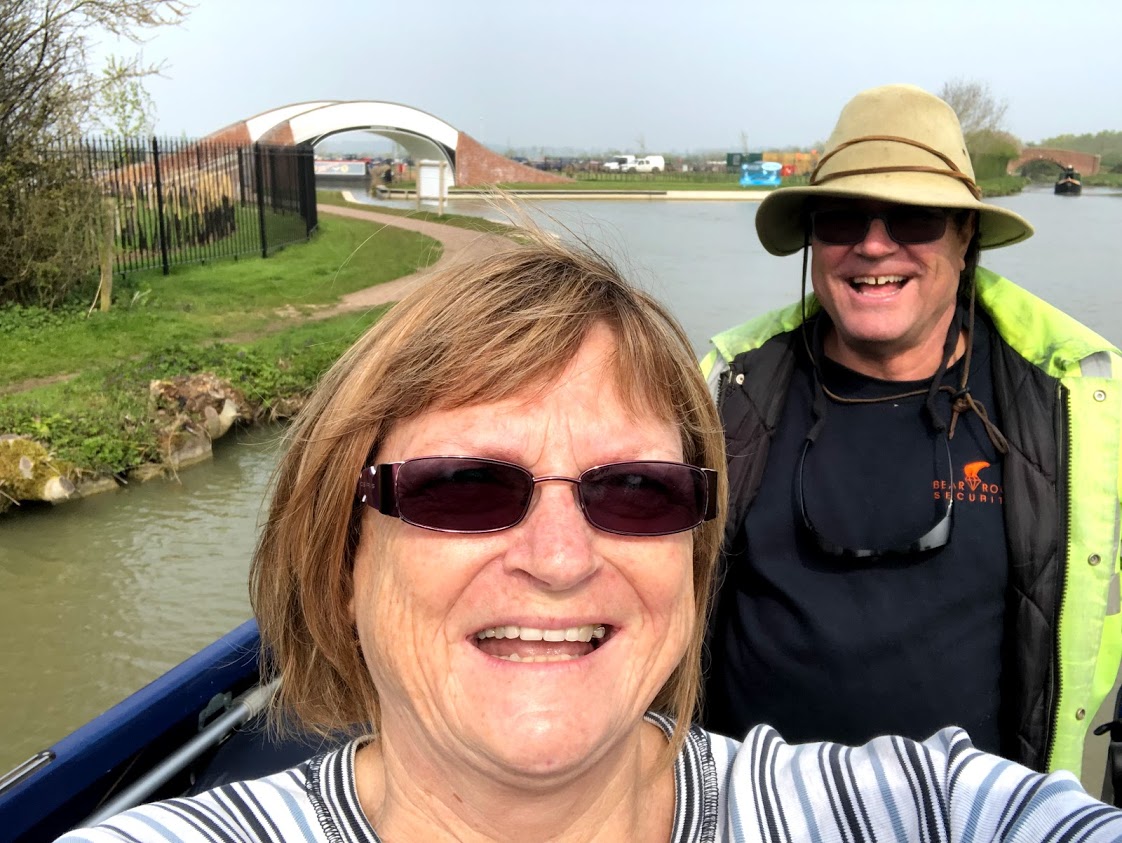 Back to our Boat life

Fortunately, we are very well supported in our life In England as evidenced by the willingness of our good friend, Michael, to collect us, yet again, from Birmingham Airport on our safe return from Australia. His wife Jane had got us a few supplies and Michael assisted us further by stopping off at a supermarket on our way home to collect a couple of days groceries so that we didn’t have to think much as we overcame our inevitable jet lag.

I can’t deny that it felt fabulous to step back aboard Celtic Naid and find her in peak condition despite our neglect of her for almost 5 months. Again Michael and Jane had been to the rescue and ensured that the electricity supply had been maintained to keep the heater going and condensation to a minimum. I think we might have finally got this boat winterising art down pat!

Once recovered we had to quickly focus on logistics. Bob had two appointments for his eye in close succession in London and I had to undertake a Life in the UK test as a requisite to gaining Indefinite Leave to Remain in the UK status. We decided to combine these with a good catch up with our friends Christopher and Sue in Baldock, and a long awaited visit with friends Mija and Jonathon to meet their beautiful baby, Leo.  The trip started well with a positive result for a stable eye and a very enjoyable catch up with our friends. However it soured “slightly” when Bob’s second appointment was canceled the morning of it, and I was unable to undertake the test due to not being able to provide the correct proof of address due to difficulties with our bank. This was later remedied via a complaint to the bank and followup that finally remedied the problem. This did take quite a few weeks, however.

So we returned to Celtic Maid a little frustrated but ready to prepare for our next weekend staying in a lovely converted barn with Julie and Phil in Upper Boddington near Banbury. This was our catch up with them following our return and a pre-Easter celebration. On one of the days, Phil drove us to Bourton-on-the-water, which is a gorgeous village with the River Windrush flowing through it and stunning stone bridges enabling residents and visitors to stroll freely on both sides. It is a bit of a tourist trap and there were plenty of visitors and the day we were there. But we enjoyed a delicious lunch at the Bakery and while Julie and I visited the Model Village, Bob and Phil went to the Cotswold Motor Museum.

The weekend was over very soon but we did have the opportunity to go to Rugby before they left to pick up some groceries and purchase a new outdoor table for our anticipated afternoons on the towpath in the summer!!!

We spent the next few days making sure that Celtic Maid was ready to go and then finally left the security of Dunchurch Pools Marina, and the close proximity of Michael and Jane’s support, and headed south along the Oxford Canal to Braunston and then onto the Grand Union Canal to meet up with our friends, Malcolm and Julia, near their marina close to the Napton Junction. This was over the Easter weekend and coincided with Bob’s birthday, so we had a little party at The Folly Inn at Napton with Julia, Malcolm, Jayne, and Michael. We had planned to do this last year but we were still on the Kennet and Avon Canal at that point – too far away!!!!

Again it was fantastic to enjoy a leisurely Sunday ritual with Julia and Malcolm as he prepared an excellent full English breakfast for us aboard NB Figment, the men retired to the pub for a few ales while Julia and I had ice cream and played Rummikub, and then Bob cooked a roast dinner. What a great day we always have when we get to share it with these two.

We moved on a little way on Easter Monday preparing for Julia to drop Bob at Rugby train station on the Tuesday morning for his very long-awaited eye appointment. Sadly it too was canceled on the morning it was due so we bid farewell to them and continued along the Grand Union Canal toward Birmingham.

Lovely to see our family and friends but a little frustrated that our health and residency issues could not be progressed.

We decided to approach Birmingham by completing the Grand Union Canal through Leamington Spa and Warwick, up the Hatton Flight of locks (where Bob finally caught up with our friend Andy), and continuing on at Kingswood Junction where we had previously turned left onto the Stratford-on-Avon Canal. This took us through some very pretty rural countryside before mooring at Catherine De Barnes in preparation for our final leg into Birmingham to arrive at Cambrian Wharf.

In truth, I must confess this was not my favorite stretch of canal cruising, given the poor state of some of the locks and my discomfit with the intent of some of the gongoozlers along the way. We encountered no real trouble aside from some difficulties leaving one lock where we seemed to have to go over an obstacle to get out ( I won’t ponder its nature!!). We took advantage of being in safe moorings in Cambrian Wharf to venture into the city center for supplies and have the battery replaced in Bob’s phone. Have to say that our service at Apple there was very good, as was the amazing bread we picked up from a bakery nearby.

We were then off along the Birmingham Level Main Line – which is, I admit, totally boring – until we detoured to moor up and visit the Black Country Museum at Dudley. This museum has been built to provide a glimpse of life in the region over several periods of time. It was a very interesting wander through time but I do believe Bob’s favorite bit might have been the pub where he enjoyed some refreshment!

The following morning we were off again to tackle the final section of the Birmingham Level Main Line through Wolverhampton and its lock flight onto the Staffordshire and Worcestershire Canal. But not before a snapped gear cable temporarily stranded us 5 locks from the end requiring a callout from the River Canal Rescue who had us on our way within a couple of hours.

Finally, we were out of Birmingham and heading north along the Shropshire Union Canal. Our first night was spent at Brewood although we didn’t have time to look around as we had made arrangements to get some repairs done to our canvas covers at Shebdon. Once these were completed very professionally and with friendly service by Tony, we headed to Market Drayton to avail ourselves of access to supplies. Finally, we made it into Nantwich in time to prepare Celtic Maid for visitors. By the end of that week, our first onboard visitors for the year arrived. But more of that in the next blog!!!!