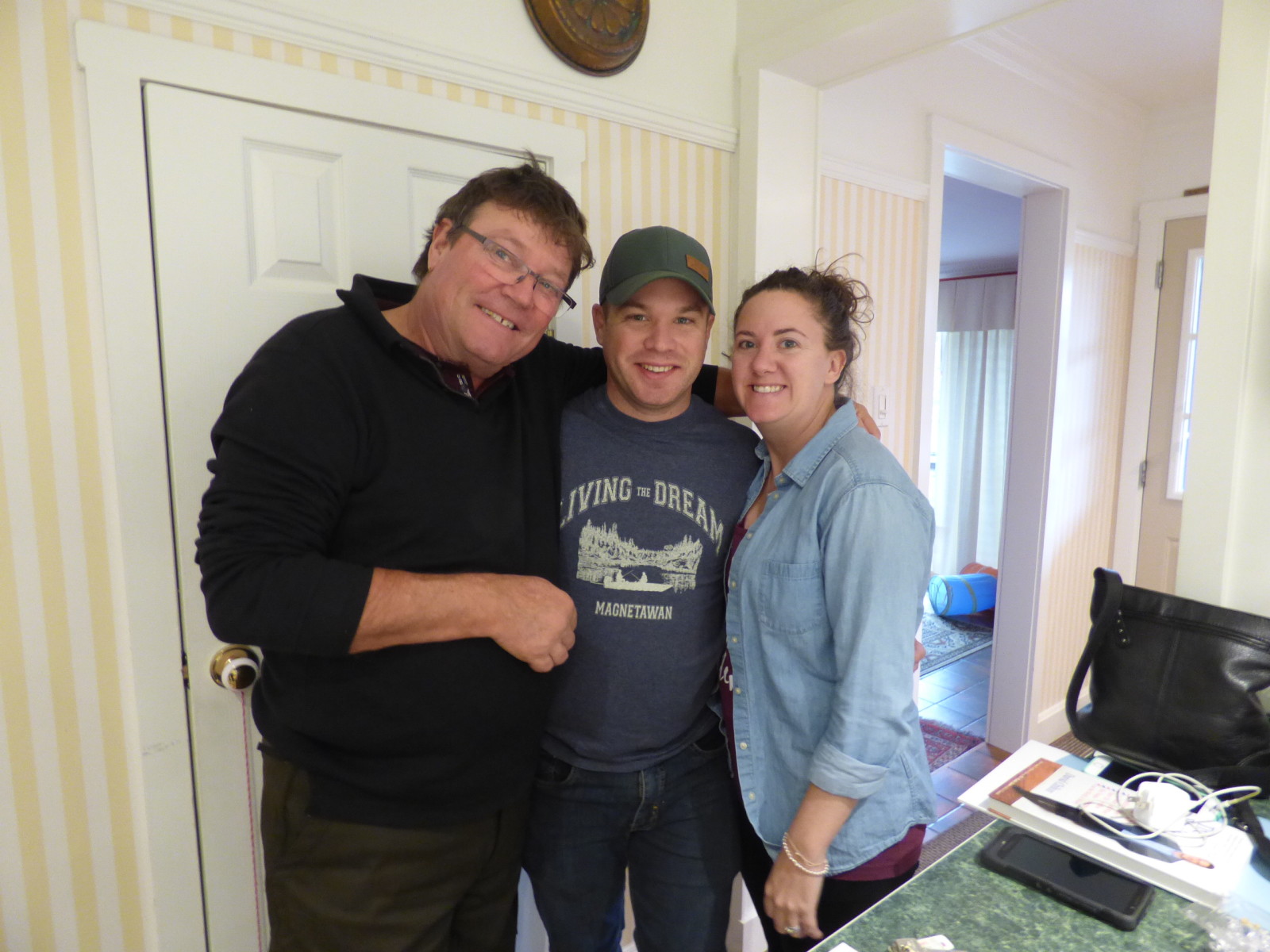 [vc_row][vc_column][vc_column_text]After a bit of effort we made it to Kintbury on the Kennet and Avon where we left Celtic Maid in the capable care of Chris and Jim while we made our thrird (and hopefully last) big trip of 2017 – to Burlington, Ontario, Canada to attend the wedding of our nephew, Philip to Sammy. We were so thrilled to receive an invitation and being only a seven-hour plane trip away meant that we pulled out all stops to make it happen.

Of course, it is always a joy to see Judy and Ted, and although they have visited us often this was our first chance to visit them since we began this adventure four years ago. We had soon settled in and Stuart (their elder son) arrived to say hello.

What a week we had together. Obviously, the highlight was the wedding at The Shed (Shawn and Ed’s Brewery in nearby Dundas) where everything was perfect and exactly how Sammy and Philip had meticulously planned it. The ceremony itself was relaxed and beautiful and the party memorable. Catching up with friends of Judy and Ted was an absolute treat especially Sandy and Herb and her sisters. We partied and celebrated to the wee small hours and awoke on Sunday morning to host some of the guests for a bbq brunch. Just a very special occasion and a privilege to be a part of.

We also had the chance to visit a beautiful place called Crawford Lake which is the site of Iroquois settlements from 600 years ago, a reconstructed village and also a unique and beautiful lake. Lake Crawford itself is a rare meromictic lake (the bottom half is still and preserves whatever penetrates it) and is surrounded by amazing parklands and forest. We enjoyed the day walking extensively around the lake and exploring the village.

On another day we visited the foreshore at nearby Hamilton, around Burlington Bay. Unfortunately, the day was rather windy and chilly but we made the most of it with a short brisk walk and then a drive around Hamilton for a quick look. Stunning bay and a very interesting city. Hopefully, we can visit another time and look around some more.

Bron got to attend a couple of fitness sessions with Judy which helped to alleviate some of the sluggishness that flights, food, alcohol and late nights can inflict. Bob managed to get a rather nasty cold.

But we did have an amazing few days – seeing the family, meeting great nephew Deakon, time with friends, sightseeing, and the occasional hot tub. Not to mention shopping at Costco and trips to the Beer store!

As we were packing to return home, Bron kicked a suitcase and broke off a wheel – quite an effort. Fortunately, Ted lent us a larger one that managed to fit in all our additional purchases and we could easily check it in.

Too soon it was time to go and we caught our midnight flight back to Heathrow after a teary farewell. The good news – the flight was shortened by an hour and we will see Judy and Ted again in May next year!