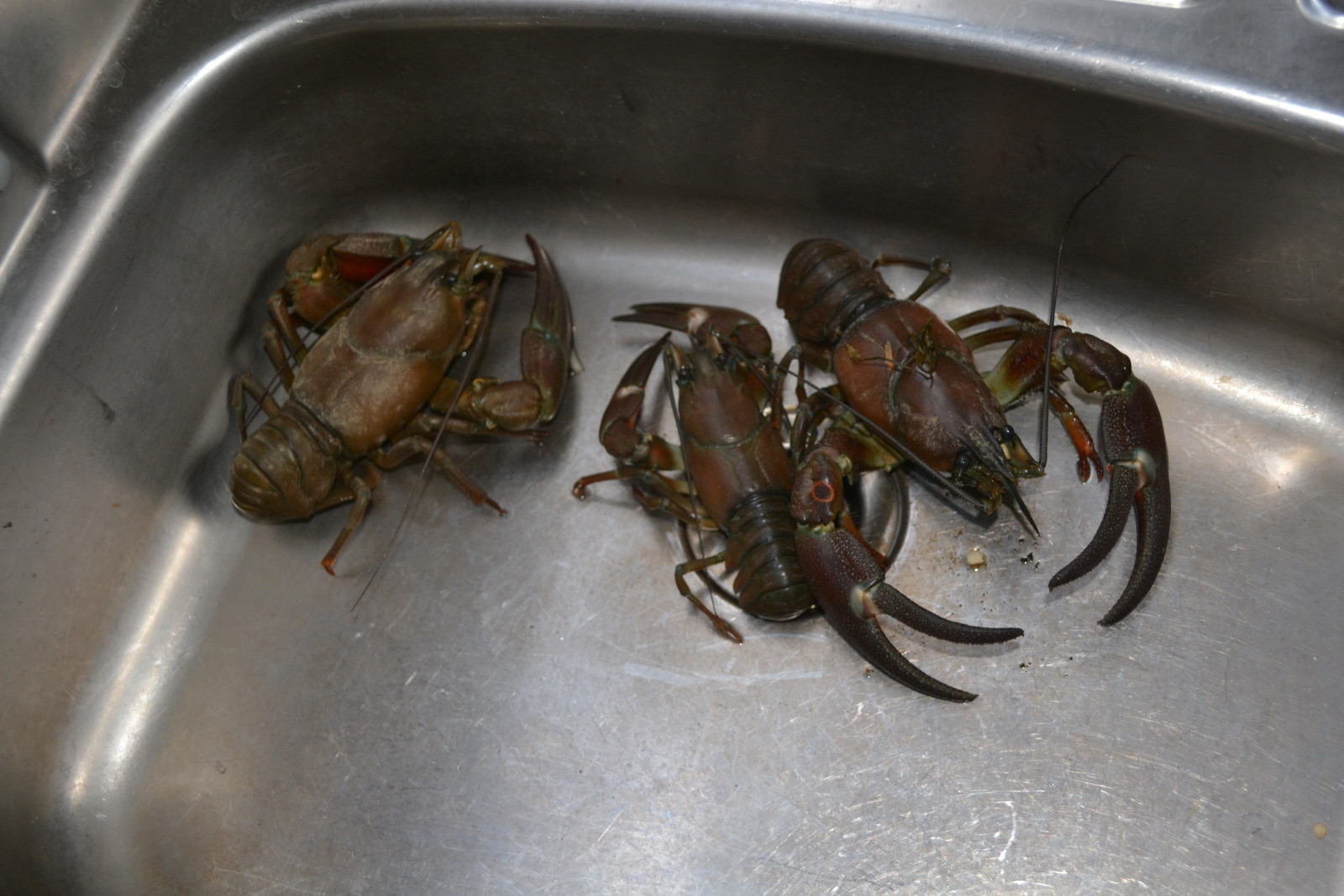 [vc_row][vc_column][vc_column_text]As the summer has drawn to a close and autumn/fall is now upon us, we have finally bid farewell to the Thames and are now back on the Oxford Canal. Currently moored near Thrupp, we are preparing for yet another absence from Celtic Maid whilst we visit London for Bob’s minor eye surgery and to catch up with our Hoskins family/friends as Mick and Kendra are currently visiting from the USA.

Once Bob returned from his pre-op assessment in London two weeks ago, and while Jim was moving his car, Sylph and Celtic Maid set off up the Oxford canal seeking a water point and refuse removal facilities. That turned out to be the easy part. We then had contact by phone with Jim and discovered that there were no decent moorings for the remainder of the canal up to the junction with the Duke’s Cut and back on the Thames. So despite being stuck, and getting off, and travelling through some of the ugliest canal sections we have yet endured, we finally got to the junction, navigated the lock and went back onto the Thames looking for a mooring. It was almost dark before we ended up at the visitor moorings at King’s Lock. Happy hour was definitely abandoned as we all retreated to an overdue dinner, drink and bed. Way too late at 9.00pm to be mooring but we hadn’t started until about 4.30pm!!!!

We all decided to go through the lock in the morning and seek moorings close to the Trout Inn at Wolvercote, where my birthday lunch had been celebrated. Originally Bob and I had planned to go back down the Thames to get back on the Oxford Canal, finding a mooring where we could leave Celtic Maid while we went to visit Julie and Phil. But after the previous day’s fiasco, we bit the bullet and bought another week’s licence for the Thames and happily moored up.

On Friday morning Jim drove us the Oxford rail station and we made our way to Maldon to visit with Julie and Phil for the weekend to celebrate Phil’s 80th birthday. After a busy day on Friday we left Saturday morning at a reasonable time to travel up to their boat at Horning on the Norfolk Broads and luckily were not delayed at any stage by the Bank Holiday weekend traffic. Once there we unloaded and set off immediately to enjoy Bob’s belated birthday treat of a ride from Wroxham to Aylsham on the Bure Valley Railway steam train. We were all like big kids as we whistled with the whistle and screeched through the tunnel and waved furiously at all the tourists along the way. Highly recommended trip for anyone but particularly those with a passion for steam!!!!

Afternoon tea at the Old Mill Restaurant, a bit of shopping at the biggest institution in Wroxham – Roy’s – and we were back at the boat for a very quick catch up with Joy and John – Julie’s parents and Bob’s cousin. Dinner that night at The Wherryman restaurant and a good night’s sleep aboard TicketyBoo, and we were ready to celebrate Phil’s big birthday. Almost 80 family and friends joined Phil and Julie aboard the paddle steamer Southern Comfort for a three hour cruise along the Broad’s waterways. Music, drinks and a lovely afternoon tea complemented the excellent company and the fantastic weather. But of course we had to save ourselves to share dinner at The Brick Kilns  – wow what a day of eating and drinking and celebrating!!!!

On Monday we had a recovery day taking a drive to the Norfolk coast with Julie’s friend, Sharon, to visit Colin –  another friend of Julie and Phil. The view from his kitchen of the North Sea is brilliant, as is his amazing and very colourful garden. All too soon it was time to make the journey back to Maldon, as on Tuesday they were driving us back to Celtic Maid near Wolvercote where they would be joining us for a couple of days. On this journey, we did strike some heavy traffic but got through it and after getting in some supplies we made the most of their time with us by travelling through some very pretty rural Thames down to Eynsham lock and back. All too soon they had left us making the return journey to Maldon in half the time it took to get here!!

To make full use of our extended license we decided to head back toward Eynsham and picked up a lovely mooring where we stayed for three days. Jim and Chris came past in Sylph on the first afternoon but decided to leave us to our relaxation and head to Thrupp. We read, watched DVDs and slept lots making up for the very busy time behind us and preparing for the busyness ahead.

Sunday dawned and we had to get off the Thames, so bidding it a final fond farewell we got onto the Oxford canal and made slow but steady progress up to the Jolly Boatman pub  in Thrupp, where we found a good mooring and met up again with Jim and Chris. Along the way we met Paul and Ruth Gerber from Zurich, Switzerland who were having their second narrowboat holiday in England and loving it. Over a coffee in the pub he told us all about his work as a watchmaker. Absolutely stunning work and you can see examples of it here.

On Monday we moved up the canal a short distance, availing ourselves of the services (probably the best kept and prettiest on the canal system!), and moored up in preparation for leaving tomorrow for London. Jim and Chris have gone to Devon for a couple of days and will return earlier than we do so we will catch up with them again further along the canal. Bob and I took a walk yesterday to the nearby deserted village of Hampton Gay where the ruins of the manor house and other buildings are overlooked by a nearby church and still used graveyard. Apparently the manor house was ruined in a fire late in the 19th Century but the remaining structure is now being considered for a renovation!!!

So today it is a series of catch up jobs in preparation for our next weekend away and hosting friends for a few days upon our return.

There is never a dull moment aboard NB Celtic Maid!![/vc_column_text][/vc_column][/vc_row][vc_row][vc_column][vc_gmaps link=”#E-8_JTNDaWZyYW1lJTIwc3JjJTNEJTIyaHR0cHMlM0ElMkYlMkZ3d3cuZ29vZ2xlLmNvbSUyRm1hcHMlMkZlbWJlZCUzRnBiJTNEJTIxMW0xOCUyMTFtMTIlMjExbTMlMjExZDI0NjQuODYyODU4OTQ5NTc4JTIxMmQtMS4zMDY1MDk2ODQwNTA2ODE0JTIxM2Q1MS44NDUyMDAyOTM3Njg3NCUyMTJtMyUyMTFmMCUyMTJmMCUyMTNmMCUyMTNtMiUyMTFpMTAyNCUyMTJpNzY4JTIxNGYxMy4xJTIxM20zJTIxMW0yJTIxMXMweDQ4NzZkYWQ0YWQ3YmFkNTclMjUzQTB4NWJjMzdiNmNkMGQ0NmY0MyUyMTJzU2hpcHRvbi1vbi1DaGVyd2VsbCUyQkhvbHklMkJDcm9zcyUyMTVlMCUyMTNtMiUyMTFzZW4lMjEyc3VrJTIxNHYxNDczMjUzNDQ4MzQxJTIyJTIwd2lkdGglM0QlMjI2MDAlMjIlMjBoZWlnaHQlM0QlMjI0NTAlMjIlMjBmcmFtZWJvcmRlciUzRCUyMjAlMjIlMjBzdHlsZSUzRCUyMmJvcmRlciUzQTAlMjIlMjBhbGxvd2Z1bGxzY3JlZW4lM0UlM0MlMkZpZnJhbWUlM0U=”][/vc_column][/vc_row]