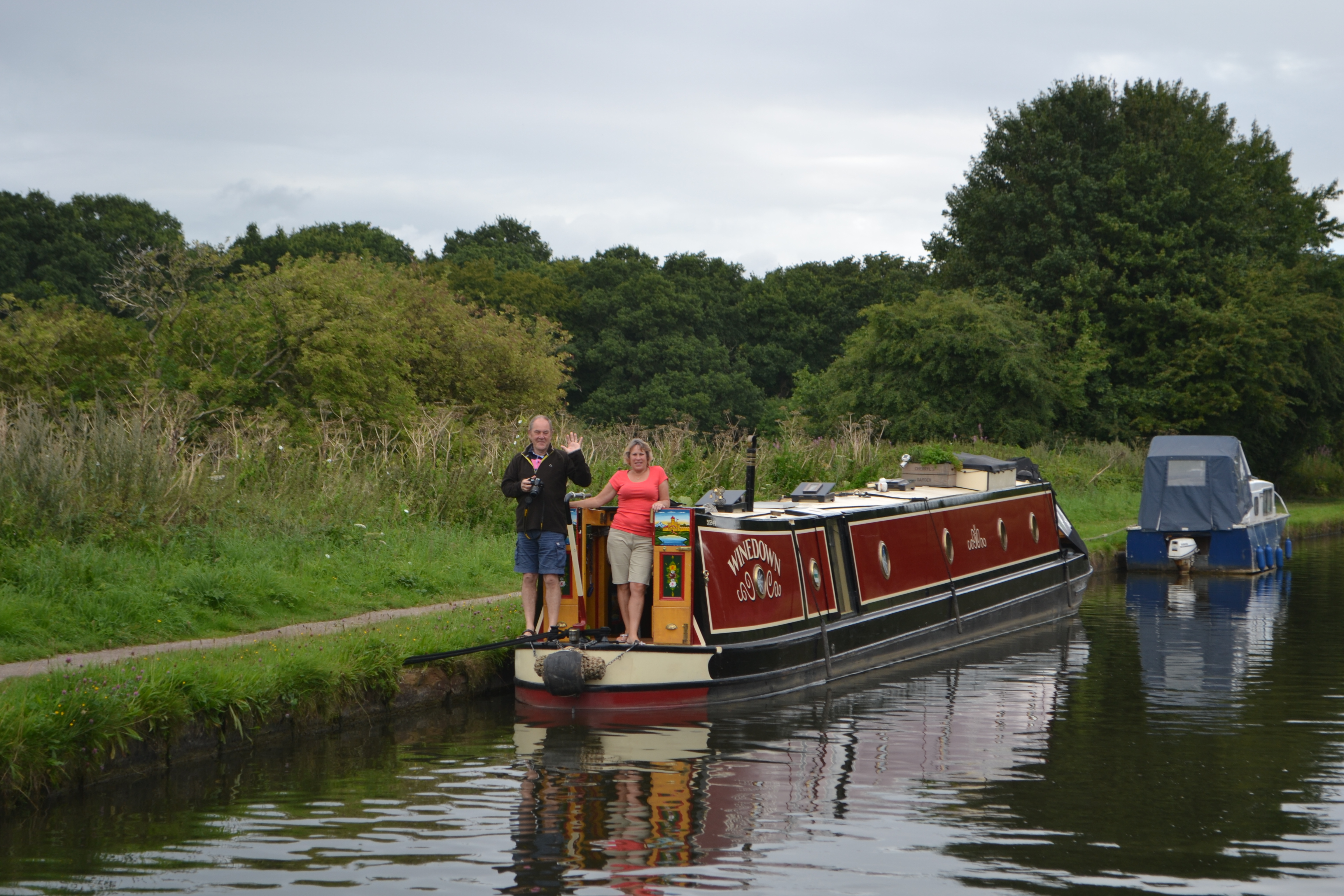 My, we are sure slowing down. I know the last blog was on Tuesday and it has been 5 days but we have only moved 3 miles – how slack!!!!

Actually this is a Bank Holiday weekend (public holidays in Australia) and we decided to relocate to near Lymm (lovely little village) and find a nice mooring to wait out all the holiday canal traffic and madness. And judging by the movements this morning – a very wise choice.

We enjoyed our Sunday on a Tuesday and made an early start on Wednesday to take a walk to nearby Dunham Massey Hall, a beautiful old building surrounded by acres of gardens and parkland with many deer, and used during World War 1 as a hospital for soldiers injured severely enough to be returned to “old Blighty”. It is now managed by the National Trust and on the day we visited (the end of school holidays here) the car park was full and many hundreds of people were enjoying the surrounds.

Malcolm and Bob had discovered the local pubs and chosen their favourite on their “Sunday” pub crawl on Tuesday, so took us to see the rather lovely Swan with Two Nicks before we made our separate ways back to the boats. Somehow we went two completely different ways with Bron and Julia arriving first despite taking a much longer route!?

We had run into Cherryl and Ian from NB Winedown on our way out in the morning and invited them back for happy hour that afternoon. Once they arrived we heard of their epic journey around the canals since we left them in Bugsworth Basin on the Peak Forest Canal back in mid June. It seems that they had to back track often and were stranded for extended periods of time due to infrastructure failures on the Rochdale canal. So glad we decided not to do that one although they reassure us that it is probably all fixed now because they broke it as they moved through – both ways. Think we will give it a miss…..

We enjoyed another night of fun and laughter catching up and did it all again on Thursday night. For some reason Julia suggested that the boys take a look at the Dunham Massey Brewery on Thursday and take Ian with them. It seems that that was an offer to good to refuse and they set off quickly before we could change our minds. Cherryl joined Julia and Bron for a walk through Dunham Town, stopping for coffee and cake, and onto the grounds of Dunham Massey Hall. The opportunity to photograph the many beautiful deer roaming the grounds was too good for Cherryl, who announced her stealth by stepping on a branch (craaack!!) and managing to take photos of more deer bums than anything else as they ran away from her. She even managed quality control checks in the tourist shop by identifying that none of the stuffed deer toys were local – they didn’t have the telltale black lines on their bums!!!!

We eventually wandered into the Swan with Two Nicks intending to have a bite of lunch, only to find our three men already happily set up having ordered lunch and knocking back their “first” beers!!! We declined their gracious offer to join them (none was actually made) and settled in the dining room, engaging the waitresses in a fun game of “who’s paying” and “where should women be!” as they ran messages between the two parties!!

All good things must come to an end but not before another raucous happy hour and farewells to Winedown. The boys had managed to get a sample box of the brewery’s wares delivered to the bridge near our mooring and spent the evening trying them all. and of course we demolished the lovely cheese Ian had rescued from the farm shop (apparently he rescued another wedge the next day and didn’t have to share that one!!).

So we waved a fond farewell as we passed them in the morning and travelled the three miles to Lymm where we have been moored ever since!!!! We have done a couple of walks into town for supplies, and a spot of impulse buying, and Julia and Bron explored the Lymm Dam  on Saturday.

But the major achievement has been to book our flights for our visit to Australia in December. We think the kids will be pleased to see us!!!!!!!