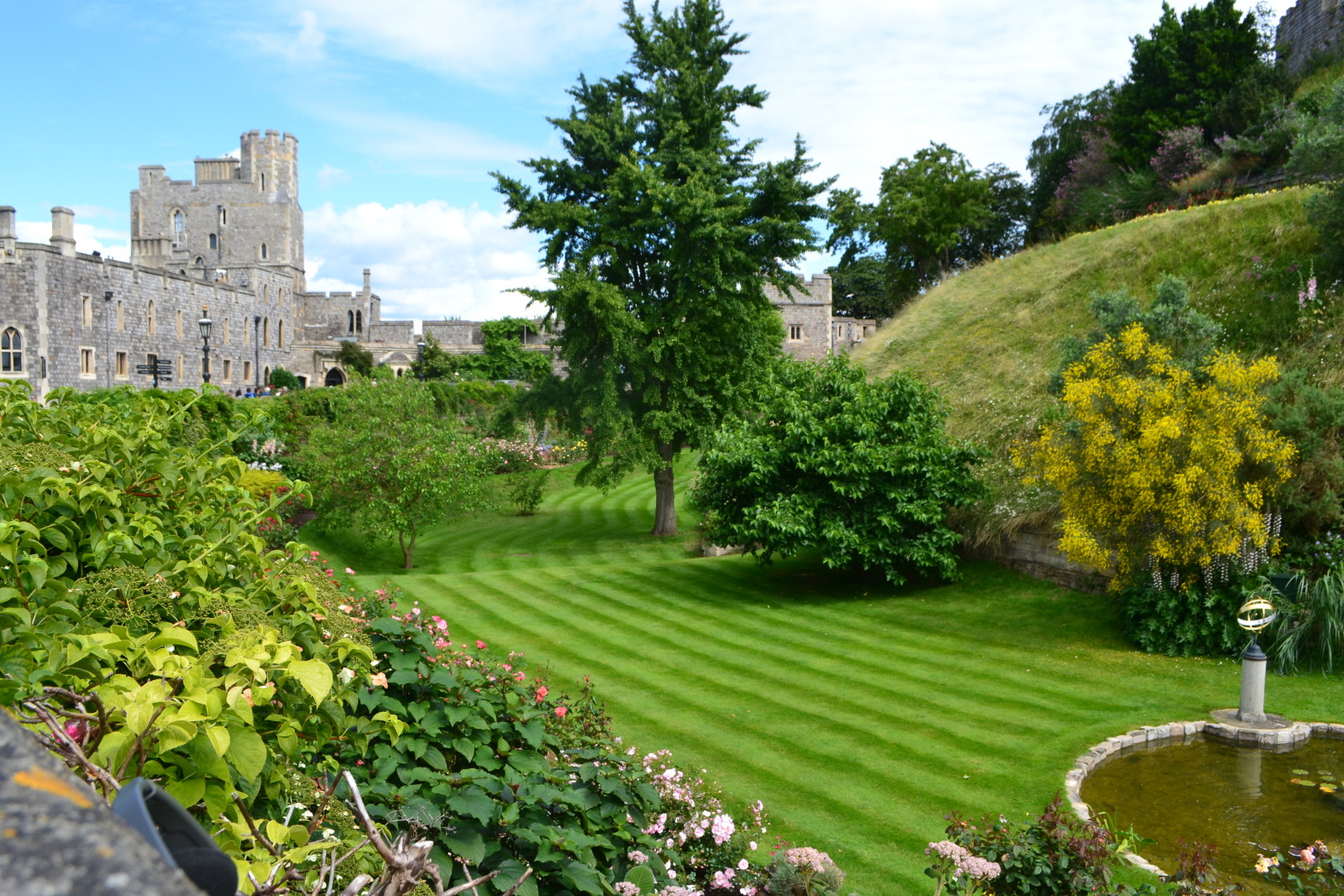 [vc_row][vc_column][vc_column_text]Whilst its been a long time between posts (again) our time has been full, but relaxed. Joyous, and sad. Spontaneous, and planned.

On Sunday 31st July 2016, Bron received the sad news that her mother, who had been suffering dementia for several years, had passed to join her dad and they are now resting in peace together. To lose both parents in just a few short weeks takes a bit of adjusting and a lot of acceptance. But there is joy, that her horrible battle is over, and a strong belief that they are now together in a better place. And a strong reaffirmation that this life we are given is precious, and it is our duty to live it fully and voraciously. As we are endeavouring to do.

We are still fortunate in having Jim and Chris (and Gina of course)  on NB Sylph as our travelling companions during this time. Their companionship, compassion, crafty happy hours, brilliant humour and wonderful wisdom have certainly been valued and appreciated. The journey we are on is very special.

So we have relaxed into a flowing approach along the beautiful Thames – even though we are travelling upstream we are very much going with the flow of life!

The Thames is a journey of great beauty – the birdlife, plantlife, evidence of human life. A vast array of amazing boats and stunning homes, owned and operated by the rich and (in)famous, are everywhere. A very small selection of examples is included in the gallery. And the strong history associated with the area – the signing of the Magna Carta 800 years ago, Windsor Castle, old churches used in the filming of television crime mysteries (at Hambledon – Midsummer Murders), hotels that hosted sordid sex scandals, and old pubs that are just beautiful to see and lovely to drink in.

And we have cruised through, or stopped a while, at lots of towns along the way. From Weybridge (see our last post) we backtracked slightly to moor up for three days on the Shepperton side of Desborough Island on a beautiful lawned area close to town and the obligatory pubs – previously frequented by film stars as they plied their trade at the local Shepperton Studios. This gave us an opportunity to sit out in the sunshine – once some painting chores on Celtic Maid had been completed.

Marion and John – previous narrowboaters – joined Chris and Jim as we went from Weybridge to Staines. It was brilliant to catch up with them again and enjoy a picnic lunch along the way. We took the opportunity whilst moored outside a couple of pubs, to do some shopping in the bigger stores in Staines as well as the market place. We like to spread our money around!

We moved onto moor outside The Bells of Ouzeley – the rendezvous point with our friends Chris and Sue who were taking a break in their hectic lives to join us for a few days on the idyllic river. This is very near Runnymede where the Magna Carta was signed in 1215, laying down the foundations of modern democracy. We took a walk to the nearby Kennedy Memorial, Magna Carta Memorial, and The art installation by Hew Lock called The Jurors. The latter is well worth a look at the link provided.

Once we had our visitors aboard we travelled up the Thames, getting an excellent river view of Windsor Castle and grounds along the way, to moor up on the Eton side of the river. On Wednesday 13th July, Chris and Sue joined us for a tour of the castle which was amazing. The State Apartments, Queen Mary’s Doll’s House, St George’s Chapel, Changing the Guard ceremony and the grounds and buildings themselves were a real eye opener. It was also good to see how well the restoration following the massive fire in 1992 has been undertaken to maintain the authenticity of the buildings, parts of which date back 1000 years. All too soon the visit was over and we had to head back to deliver our guests back to the car. but we hadn’t finished with royalty yet! Just as we were about to enter Old Windsor Lock to descend Bob was alerted that the Queen’s Barge was waiting to go up. This was a rare occasion on the Thames when the lock didn’t have a lock keeper in attendance so the lock was on “self-service”. Bob had gone to operate it as we had sufficient crew aboard to hold the fore and aft ropes as required. So he slipped easily back into his old lockman days and carefully let the gold and crimson barge through. We saw it again a few days later  as it made its return journey from an event at Henley-on-Thames.

Chris and Sue left us the following morning and we headed back up towards Windsor to catch up with NB Sylph near the Queen’s Eyot, close to Maidenhead. As far as our books and guides tell us this area – Bray and Maidenhead – has been home to some famous and infamous people and the site of much debauchery – we will leave it to you to look up the details. We passed through quickly….

Although we did moor up just before Cliveden Court – now a hotel but previously notoriously linked to the Profumo Affair which brought about the downfall of the Harold MacMillan government in 1964. the banks near here are very beautiful full of trees and birdlife. On our walk, we discovered an island that had just enough room for us to moor up so we moved there early the next morning and spent a very relaxing weekend. Bob and Chris took a swim, lots of washing was done and hung up on the makeshift clothesline and we enjoyed sitting around a campfire sharing a drink or two. After much discussion, we decided that this would be called Timeless Island  because for a little while as we stayed there, time stood still for us all.

On Monday we moved onto Cookham where we found excellent moorings for a week – enabling Chris and Jim to attend their daughter’s graduation and us to celebrate 11 years of wedded bliss!!!! The only low point of this sojourn was attending the Bounty Pub at nearby Bourne End to see a performance by Mikron Theatre. Unfortunately, the whole affair was not organised – long queues for food and drink, performance sited so that audience looked into the setting sun, seating poorly arranged, noisy patrons making it impossible to hear the performance if you could see through the queues, and disgusting toilets. Not a good review I know but we were sorely disappointed. We will try to catch up with the theatre, which tours the waterways via a narrowboat, sometime in the future.

We also had the opportunity to visit our friends, Chris and Sue, travelling via High Wycombe and Amersham by bus and Underground. The visit had a dual purpose – to catch up with Chris’s sister Jan and her family visiting from Seattle, and for Bob to attend a medical appointment. Very successful visit all round!!!

The following Monday (25th August) we moved on via Marlow, taking the time to visit the shopping in the town, and spent a couple of nights by a field not far from another notorious town, Medmenham (home of the Hell Fire Club in the 18th Century). Russell Brand is a current tenant of a lovely cottage between here and Henley-on-Thames and whilst Jim was out one day walking Gina, he came upon Russell and his dog, Bear. They passed pleasantries, whilst the dogs engaged in more robust socialising, before moving on their separate ways. This really is the place of the rich and (in)famous!!! And Bob opened the side hatch one morning to witness a kingfisher flying from the roof of our boat to the other side of the river. A rare sighting indeed.

We also spent a night near Hambledon which has been a village used extensively in the filming of the long-running series of Midsummer Murders. We took an afternoon to walk the couple of miles to the village, get supplies at the local shop/post office, have a sneaky half pint at the Stag and Huntsman, and avoid being the next murder target!!

Much of the River Thames is home to the many rowing clubs who use the long reaches for training and pleasure. We went through one of the most famous of these, Henley-on-Thames, stopping briefly to tour the town and enjoy a quick drink in the Angel on the Bridge pub, before moving on to another secluded island mooring. Soon after we arrived, a rented pleasure boat got marooned on a sunken boat across the river from us. We were unable to be of much assistance but they finally got off with advice via mobile from their hire company.

Sonning was our next port of call. No, we weren’t visiting George and Amal Clooney, but the pub where Chris and Jim spent their honeymoon – now called The Great House Hotel. Not much that was familiar to reminisce about but the service and the lunch was excellent.

And so to Reading, where we have left the Thames briefly to stock up and attend appointments. And of course to let the world know what we have been doing.

There is great relief that your battle is over, comfort that you have rejoined Dad and great purpose to my travels as I experience this wonderful country for us both.

Rest easy, my beautiful and much loved mother. 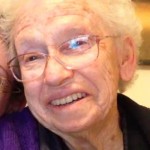