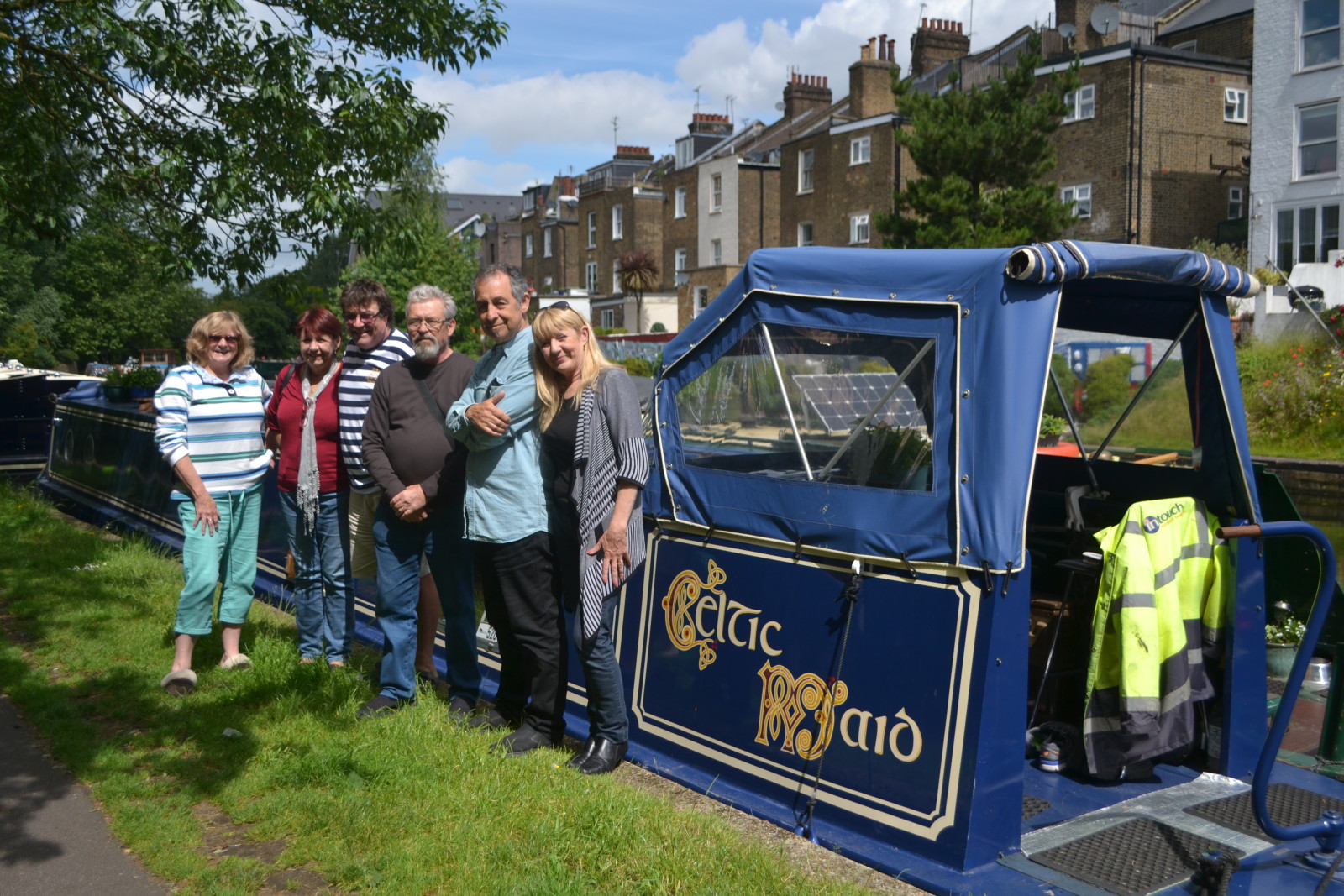 This post has been delayed because of living our adventures and life fully and the need to grieve for the loss of Bron’s father from afar. Sometimes, although it is hard, we need to accept that we can’t be everywhere and while we are here in England living our dream, our family have been dealing with a great loss first hand and working hard to ensure we have been included and cared for. Much love and thanks go particularly to Bron’s three children – Corey, Tarik, and Thaao – for their care, love and support during this time and always.

But there have been some very happy moments along the way.

It started with a surprise visit on Friday three weeks ago, from Bob’s sister and her husband from near Toronto, Canada – Judy and Ted. We were so excited to see them and to share our London experience with them – albeit briefly. We took in a long stroll down Portobello Road for its Saturday market, a cruise into Paddington Basin (where we moored for a week right next to the Paddington Railway Station), a fleeting visit from Mija and Jonathon, a visit to the eye specialist while Judy and Ted went shopping on Oxford Street, a night at the theatre seeing the musical Beautiful (the Carole King story and worth every moment), and a sad farewell at the station on Tuesday. We don’t think they wanted to leave because the first train they took was going the wrong way. But they will be back in September again to have another taste of life aboard Celtic Maid.

After a couple of days catching up on domestic tasks, Bron shopping on Oxford Street with Chris, and Bob visiting museums with Jim, the four of us made the pilgrimage to Greenwich – home of the Cutty Sark and Greenwich Mean Time. We had a great cruise down the river on a riverbus (Bob and Jim both took turns at the wheel – before we set off!!) and spent the day exploring all that this historic site has to offer. Well worth the visit for the views alone but the cost of admission to some of the features is prohibitive. We still enjoyed the day although returned to our moorings by bus a lot later than expected.

All of a sudden it was the weekend again and the much awaited arrival of Australian friends – Monica and Jo and her sister Morag and husband Trevor – who are on an extended tour of places of origin in Italy, Switzerland and UK with stopovers in Monaco and France. Whilst in Australia earlier in the year we were privileged to be a part of their planning for this trip and despite a few hiccups along the way we were delighted that we could welcome them aboard Celtic Maid. Fortunately, we were able to make room for them all because Chris and Jim let us sleep aboard Sylph for three nights – excellent hospitality!!

We caught a bus (eventually) to Portobello Road so that they could also experience this iconic market. Both Jo and Monica snared a new jacket from here setting themselves up for their trip to Scotland.  We reluctantly left Paddington Basin on Sunday as our allowed one week was up and we moved back near to our previous moorings in Westbourne Park.  A quick stop off for water along the way and we moored in time for Monica and Morag to meet their cousin in a nearby pub. This was the first time they had ever met as both arms of their family had migrated – one to Australia and the other to South Africa. This has been a very emotional trip for our friends – but one of fulfilling dreams of a lifetime.

Our guests went off for a day of touring London while we attended to some health issues but we reconvened in the evening for a yummy Indian takeaway and the DVD, The Rocky Horror Picture Show. Bron and Monica exited for a walk through Meanwhile Gardens and a long chat on the deck. Too soon their time with us was over and we farewelled them for their Scotland leg.

On Wednesday Jim left for some surgery in Devon, Bob took care of numerous domestic duties, and Bron and Chris experienced a cruise up the Thames to Brentford and an afternoon wandering through the beautiful Kew gardens. This was a much needed and very peaceful interlude until we made the poor decision to catch the underground back to the boats in peak hour! Sardining is the verb used to describe this awful phenomenon. But even the buses would have been packed at this time.

On Thursday we were back for yet another eye appointment and made the decision to set off on Friday morning back towards Bull’s Bridge Junction and picking up Jim returning from Devon along the way. We finally made it and did a shop at Tesco’s there deciding to pick up some Indian food for a shared meal aboard Sylph. it was delicious but a lot of messing around – we have decided to do Indian takeaway in future.

Our last leg to Brentford, in anticipation of moving out onto the Thames at 6.00 am on Sunday with the incoming tide, was uneventful save for large amounts of debris floating in the water. This is always disappointing to see – so many bottles and cans and balls and shopping bags – inevitable that some ends up around the propellor necessitating a visit to the weed hatch to clear it all. Not only does it slow you down but puts additional strain on the drive train and uses much more diesel. And of course looks, and often smells, appalling.

Mija and Jonathon joined Sylph on Saturday night to assist them with the passage from Brentford to Teddington – along a tidal section of the Thames. We were all up and ready and a little bit excited on Sunday morning awaiting the sign from the Lock keeper that we could move into the lock. The trip itself was smooth and easy with some lovely scenery along the way. Once through the lock at Teddington we moored and immersed ourselves in a lovely cooked breakfast followed by Prosecco and then a cream tea (for the non English – tea with scones, jam and clotted cream) washed down by more Prosecco. And suddenly it was 4pm and Mija and Jonathon had to leave us but it was a brilliant day and we were now on the Thames – again.

There were two more visits to the eye specialists this week but the final news is that we are now being seen by three clinics but the inflammation and pressure are currently stable. We have been given a break of about five weeks before the next appointment so we are reveling in this comparative freedom.

On Tuesday we made our way to moor right in front of the golden gates of Hampton Court Palace and spent all day on Thursday exploring both the gardens and palace itself. A wonderful piece of history very well cared for and worth a visit to understand more about the various reigns and periods of the last 500 years. But we were absolutely exhausted by Thursday night and needed an early night.

Friday dawned sunny and bright but was soon overtaken by cloud and rain interspersed with sunny periods – a typical English summer’s day! You will note that this has been my first reference to the weather – I did try not to mention it. Despite this, we persisted and finally picked up moorings at Weybridge right at the junction of the Thames and Wey rivers with a weir directly opposite. This reminds us of the constant sound we had while living at Lock 5 on the River Murray at Paringa, and we both slept soundly last night as the gentle roar of the weir acted as a lullaby.

So we will rest here for a couple of days and catch up a little. As the sun shines through the window we are thankful for the wonderful life we are blessed to lead.

Rest easy knowing you are loved. 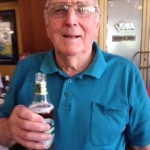