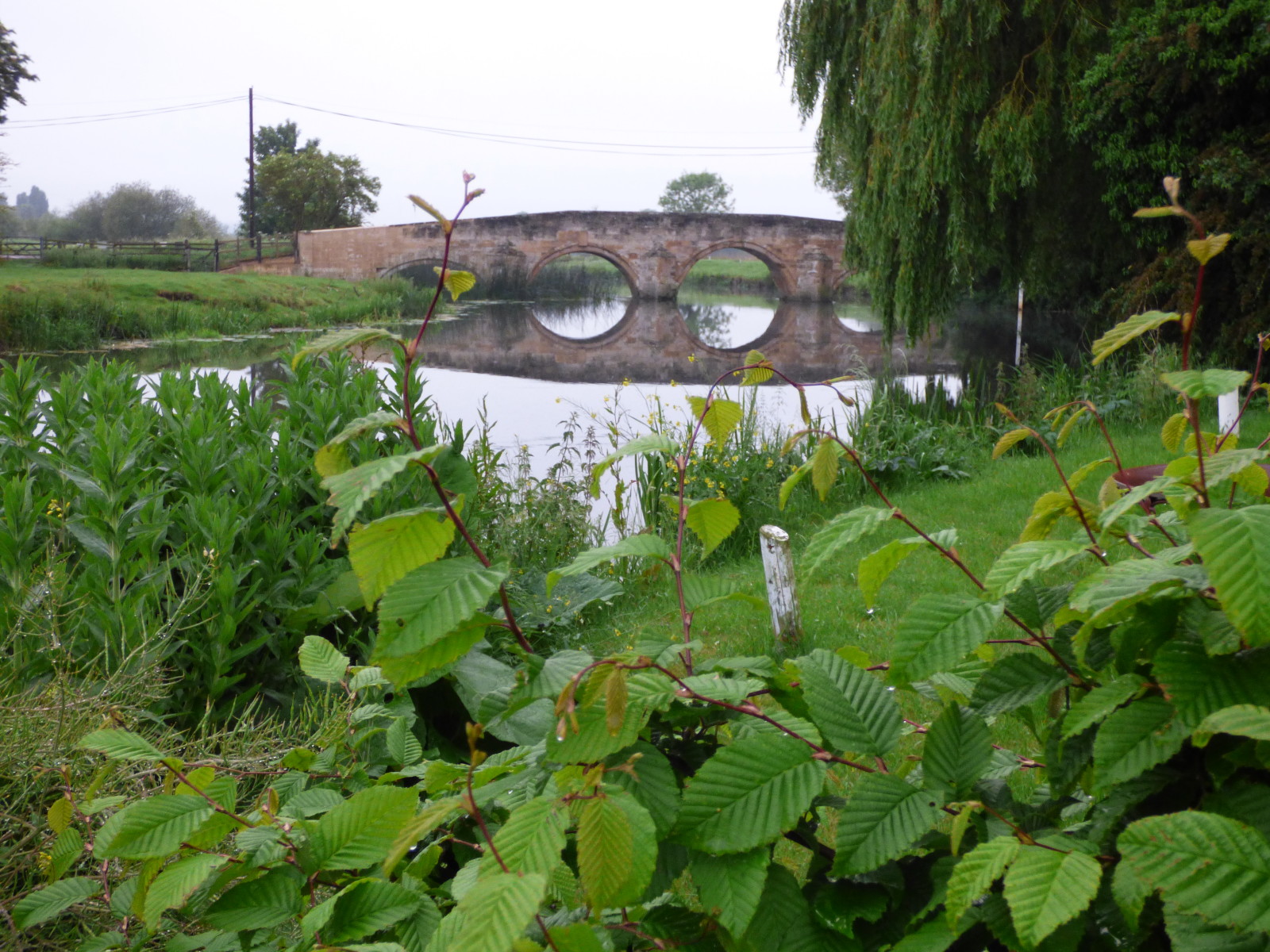 [vc_row][vc_column][vc_column_text]Despite the drizzle we decided to leave Northampton Friday morning 19th May, after a final stock up at Morrisons and hastily upgrading our normal River and Canal Trust license to one that includes the Rivers Nene and Great Ouse. The first stop was the marina to fill with water and empty refuse then through the Beckett’s Park Lock and we were cruising the Nene.

This waterway system in the east of England is not as popular as the canal systems partly because it is predominantly rivers with much feared guillotine locks, and partly due to a dearth of moorings and services. But it is so worth the experience. The landscape is beautiful, lush and green with the river meandering through. And the wildlife diverse – loads of cattle and sheep, beautiful “gypsy” horses and the bird life abundant. Stunning.

After conquering Rush Mills and Abington Locks we came across NB Moody Blues on the pontoon just before Weston Favell Lock and decided to moor for the night. NB Sylph continued on but we knew we would catch them again later.

We were trying to reach a suitable rendezvous point by Saturday lunchtime as Christopher and Sue were driving up from Baldock to deliver our mail and have a much awaited catch up. We settled on the moorings just before Earls Barton Lock and arrived just before midday enabling Bob to check out how they could find us and traverse the fields full of beautiful gypsy horses. Despite a couple of heavy downpours, the visit was highly successful and a round table discussion after their departure with both NB Sylph and Moody Blues, the decision was made to stay put the next day and enjoy the surroundings.

The River Nene has a series of lakes either side through these sections that were originally gravel pits. The birdlife here is very abundant and it is interesting as we cruise to see the great variety and their antics.

We set off enthusiastically the next day through Earls Barton Lock but failed to notice that one of the upstream paddles was still opened as Bob was letting the water out. The turbulence in the lock as a result of this oversight certainly got the adrenalin running first thing in the morning and this was compounded as water poured over the lock gates at the next lock. We were all ready for happy hour by 11.00am to recover!

After availing ourselves of all the boating and shopping facilities in Wellingborough, we continued cruising leaving NB Moody Blues at a mooring near the ski lake, and being confronted by a man enjoying a great outdoors walk along the towpath completely naked save for a backpack and a smile of his face! After a quick wave – impolite not to – we continued on through more locks to fantastic moorings at Irthlingborough. These were well maintained with excellent bollards but all the services previously provided had been cut off. A shame really but an excellent spot to catch up on a little gardening and boat maintenance for all three boats. Whilst we had previously aimed to be in Peterborough by the 28th May, by this stage of cruising we put this out of our minds and decided that Fotheringhay would be a better option and adjusted our speed and urgency accordingly.

With this in mind we headed off reluctantly, leaving NB Moody Blues to follow a day later, and wound our way to moorings just below Islip Lock by the Middle Nene Sailing Club. These again were lovely moorings and just enough room for two boats. We have earmarked these moorings for perhaps a longer stay on our return, to take the time to meander around the nearby lakes and town.

Our next stop was Wadenhoe where we indulged ourselves in a very pleasant lunch with beverages at the Kings Head Pub conveniently located beside the river. We sensibly got out of the heat and ate inside – actually that was the only table left as they were booked out.  Of course, that meant a lazy afternoon relaxing in the heat before tackling the Lock the next morning and escaping the smouldering bonfire across the river.

We availed ourselves of the excellent services available at Oundle Marina but were astonished at the cost of a pump out which is provided by a separate contractor. Then we pushed on to Fotheringhay and found excellent moorings right in front of Castle Mound – this was the site of the castle where Mary Queen of Scots was held prisoner for twenty years by her cousin, Elizabeth 1, prior to having her executed for plotting against her. Mary’s son James 1 had the Castle demolished once he ascended the throne. However, the view from atop the mound is spectacular in all directions and despite the farmer who owns the property arriving daily to collect his tithe this was an excellent location to await the impending arrival of Bob’s sister and her husband (Judy and Ted) from Canada.

With Bob and Jim off the next day to retrieve Jim’s car from Northampton, and Bron preparing Celtic Maid for visitors, we were all set on Sunday to collect them from Peterborough as soon as we got the call.