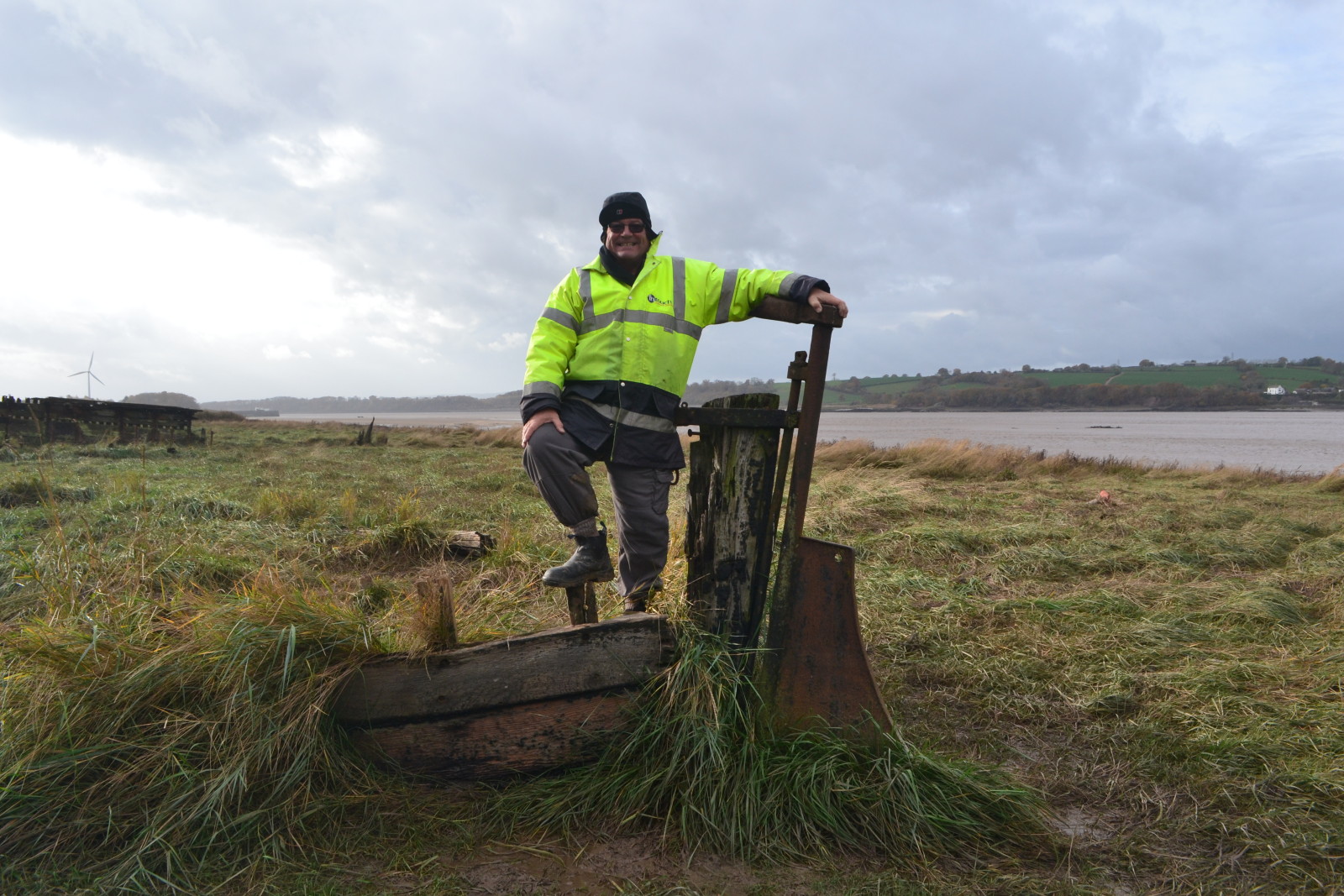 [vc_row][vc_column][vc_column_text]Perhaps its the shorter days of sunlight that makes the time appear to go faster or maybe just that we are getting older. Whatever the reason, somehow November just sped by.

We spent the month exploring the Gloucester and Sharpness Canal which runs more or less parallel to the River Severn – the longest river in the UK. Still travelling with NB Sylph, we settled into a relaxed and gentle rhythm of travel with Jim, Chris and Gina, and a much quieter one thanks to our new exhaust which was fitted early in the month. We apologise to anyone who has been within earshot of Celtic Maid over the past 3 years and suffered permanent hearing loss as a result!

During the times moored near Rea Bridge at Quedgeley, we availed ourselves of the nearby Tesco to keep the larder full. Thanks to Jim’s car, we also travelled a little further afield to a nursery where we had a fine view, while enjoying a coffee, of the Cotswolds on one side and Forest of Dean on the other. Both iconic landmarks. A little retail therapy was also good for the soul.

This canal, as well as the lower reaches of the River Severn, have very restricted times of operation for the locks and swing or lift bridges at this time of year. So we have not been able to travel anywhere on Tuesdays and Wednesdays. This contributed to some careful planning of how to navigate the canal and make sure we were back near Gloucester by the 24th of November to enable us to do a side trip. But our friend Chris worked it all out and we enjoyed 12 days of cruising all the way to Sharpness and back with lots of stops to look around and visit a couple of pubs along the way.

One of our favourite moorings was at Church End, at the lower end of Frampton on Severn. This is a charming linear village which boasts the longest village green in England – a half mile long. It also has two very nice pubs – The Three Horseshoes at Church End and the Bell Inn near the Frethearne Bridge end. Conveniently there is a bridge at either end and as we were moored near the middle we took a circle route to explore it all. There is also a farm shop selling freshly dug vegetables and useful village shop. Our choice of moorings also gave us an excellent view of the River Severn and its radical tidal movements. We enjoyed this spot so much we stayed again on our way back up the canal.

We also spent a couple of days at the Sharpness end of the canal and took a very long walk to explore the working dockyards, tidal basin lock which leads onto the tidal Severn River and the small village that adjoins the dock area. Despite a desperate need for refreshments, we were unable to find anywhere open so trudged back to our boats and found solace there!!!

The River Severn is famous for its Severn Bore. This occurs around the full moon where the incoming tide surges with tides up to 50 feet making it the second highest tidal range in the world. The shape of the river funnels the water into a wave that many keen surfers have ridden the Severn Bore almost to Gloucester – our friends’ son amongst them. Unfortunately, we were at Sharpness when this occurred but we heard from many people as we travelled north again that it was quite spectacular. There are a number of points along the river that make very good viewing points of this phenomena and we visited a couple of them – but only at low tide. Even then the current is formidable and it is easy to see why navigation of this stretch is considered dangerous.

We called into Purton to explore the Ship Graveyard where several barges, schooners, ketches and concrete lighters have been beached to protect the canal from the erosive power of the river. It is also the where a serious accident occurred in 1960 when two tankers hit the Severn and Wye Railway Bridge in the fog killing five crew and ultimately destroying the bridge. More evidence of the treacherous conditions on the River Severn.

On the way back to Gloucester we stayed a couple of days at Saul Junction – where the Stroudwater Canal intersects the Gloucester and Sharpness Canal. This is no longer navigable but like many old waterways work is being done to restore them where possible. We took the time to walk through the mud to The Ship Inn in nearby Framilode where the Stroudwater canal used to meet the River Severn. We also took advantage of the laundry attached to the CRT facilities, the shop that sold beautiful ice cream and the Marina’s chandlery – Bob and Jim enjoyed a look around and making a few purchases.

However, the heavens opened up on us as we made our way past the last swing bridge that we had to be through before they closed for two days and by the time we moored up the two captains were soaked through. And then the sky cleared.

On the 24th November, we made the journey into London and from there to Baldock to visit our friends, Chris and Sue, in their new home. Despite being surrounded by boxes it is clear that they have made a very good move as both the house and village are lovely. It gave us a chance to also celebrate Sue’s birthday, before returning to London on Friday to head to Maldon to celebrate Julie’s birthday. We spent the weekend with Julie and Phil, catching up with her parents, Joy and John, and some of her friends before returning to Celtic Maid on Monday.

Then we had three short days to catch up with shopping and washing and preparing for our next adventure. Oh, and saying a sad farewell to our travelling companions over the last six months – Chris and Jim on NB Sylph. But more of that later – I’m crying too much now…..[/vc_column_text][/vc_column][/vc_row][vc_row][vc_column][vc_gmaps link=”#E-8_JTNDaWZyYW1lJTIwc3JjJTNEJTIyaHR0cHMlM0ElMkYlMkZ3d3cuZ29vZ2xlLmNvbSUyRm1hcHMlMkZlbWJlZCUzRnBiJTNEJTIxMW0xOCUyMTFtMTIlMjExbTMlMjExZDM5NTExLjI1NTYxMTk2NTA3NiUyMTJkLTIuMzkzODQwODA2NzMyODU4JTIxM2Q1MS43NjEzMTY1NzIwMjU1MSUyMTJtMyUyMTFmMCUyMTJmMCUyMTNmMCUyMTNtMiUyMTFpMTAyNCUyMTJpNzY4JTIxNGYxMy4xJTIxM20zJTIxMW0yJTIxMXMweDQ4NzFhNzEwMzUyYTdmMDclMjUzQTB4NDVlYmUzZWY3MzY3N2ZhNiUyMTJzRnJhbXB0b24lMkJvbiUyQlNldmVybiUyMTVlMCUyMTNtMiUyMTFzZW4lMjEyc3VrJTIxNHYxNDgwODYxMzMyNTkzJTIyJTIwd2lkdGglM0QlMjI2MDAlMjIlMjBoZWlnaHQlM0QlMjI0NTAlMjIlMjBmcmFtZWJvcmRlciUzRCUyMjAlMjIlMjBzdHlsZSUzRCUyMmJvcmRlciUzQTAlMjIlMjBhbGxvd2Z1bGxzY3JlZW4lM0UlM0MlMkZpZnJhbWUlM0U=”][/vc_column][/vc_row]