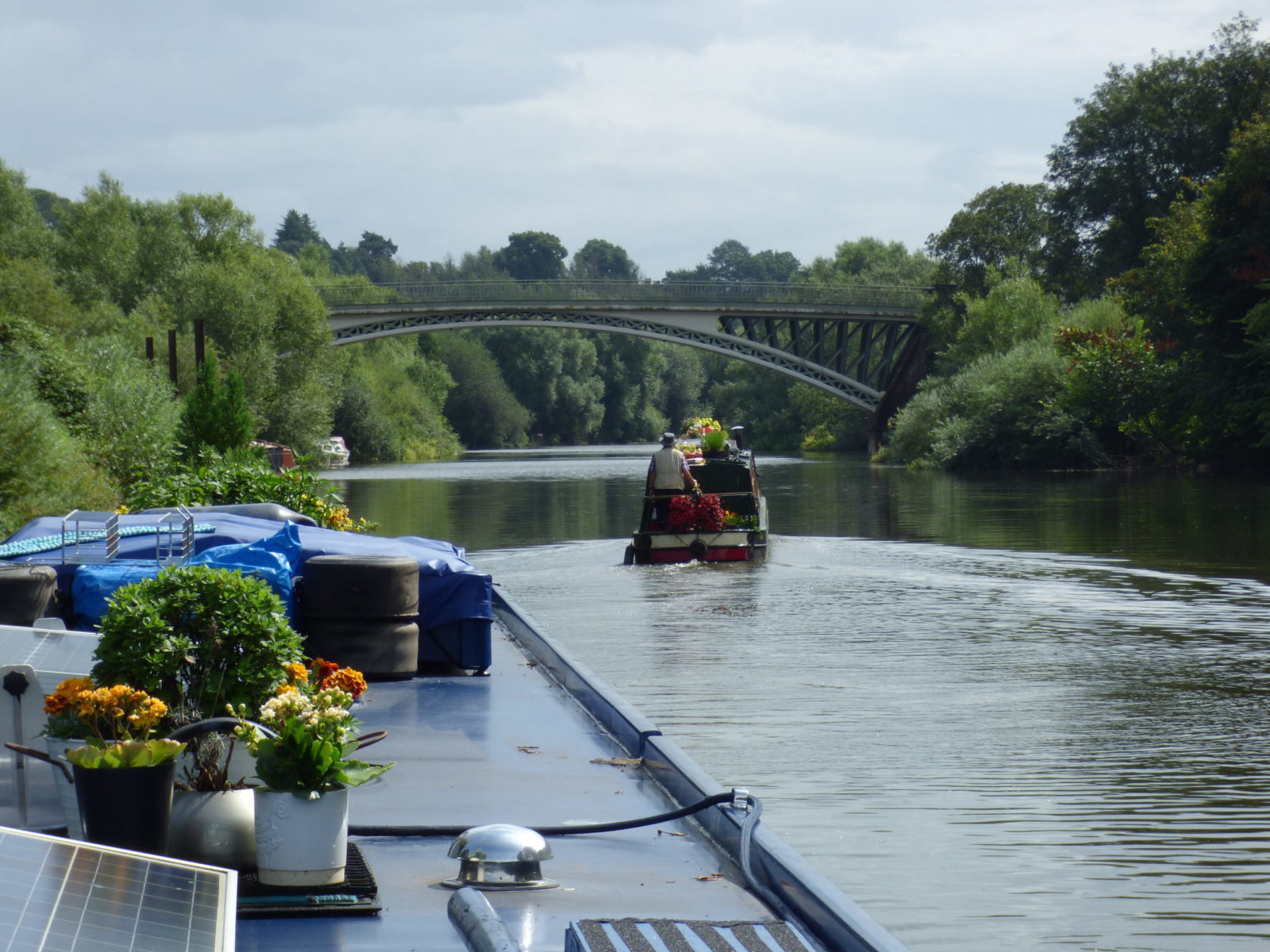 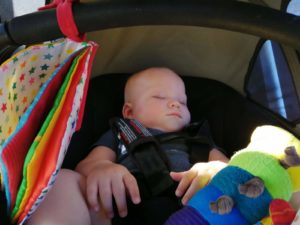 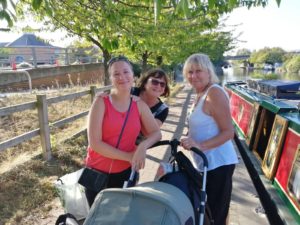 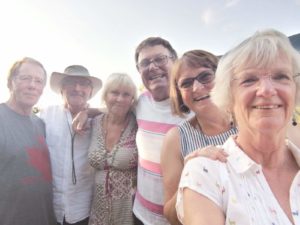 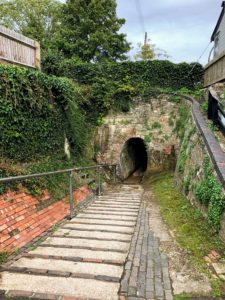 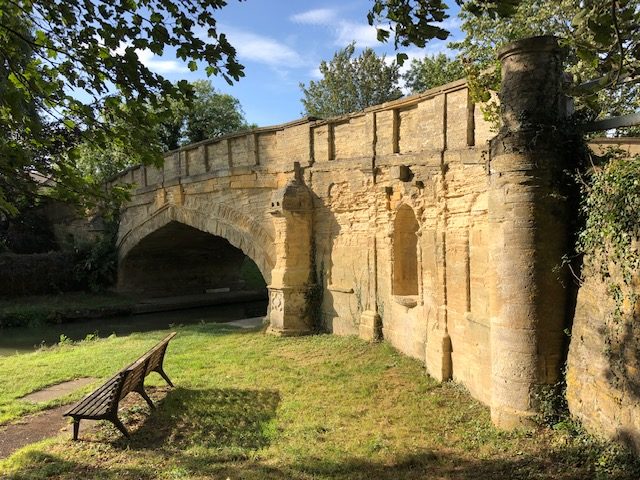 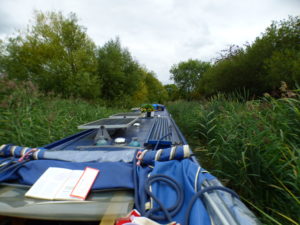 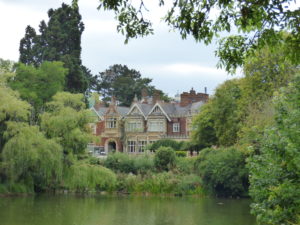 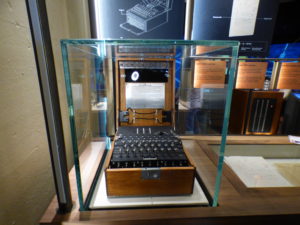 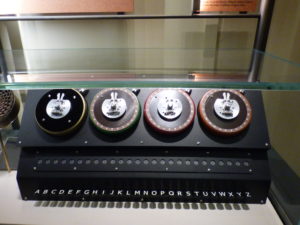 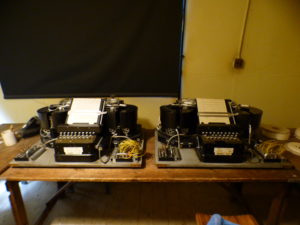 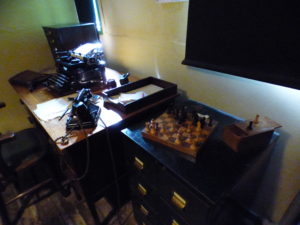 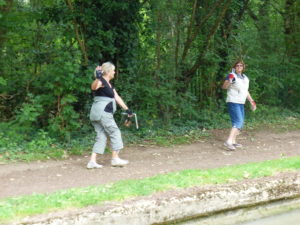 Chris and Bron off to set a lock 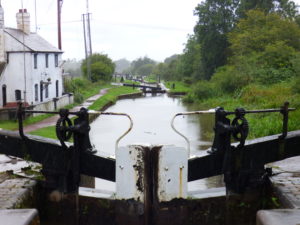 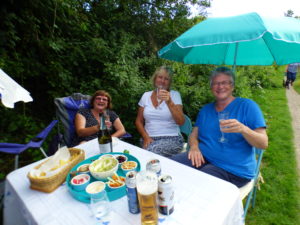 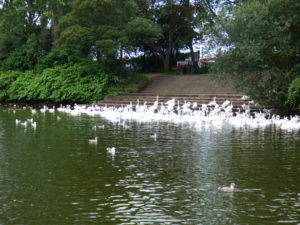 A bevy of birdlife 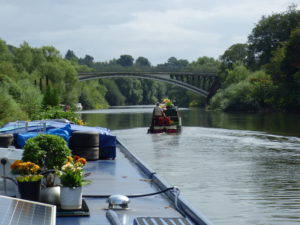 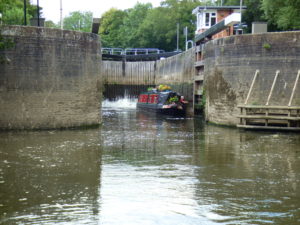 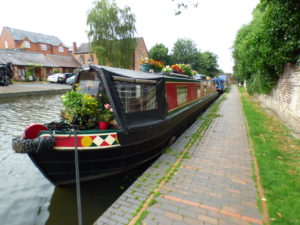 Sylph and Celtic Maid at Stourport 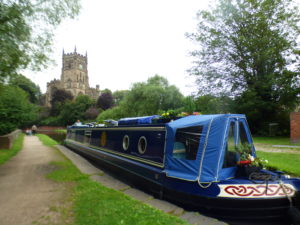 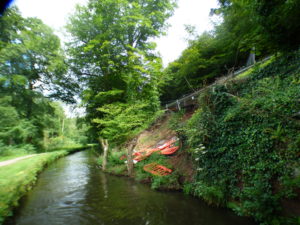 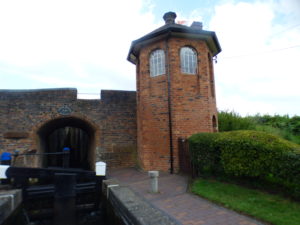 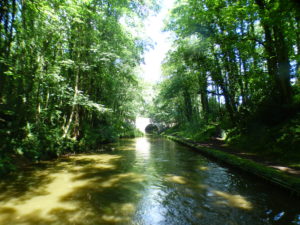 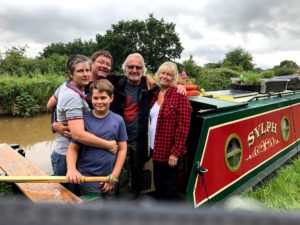 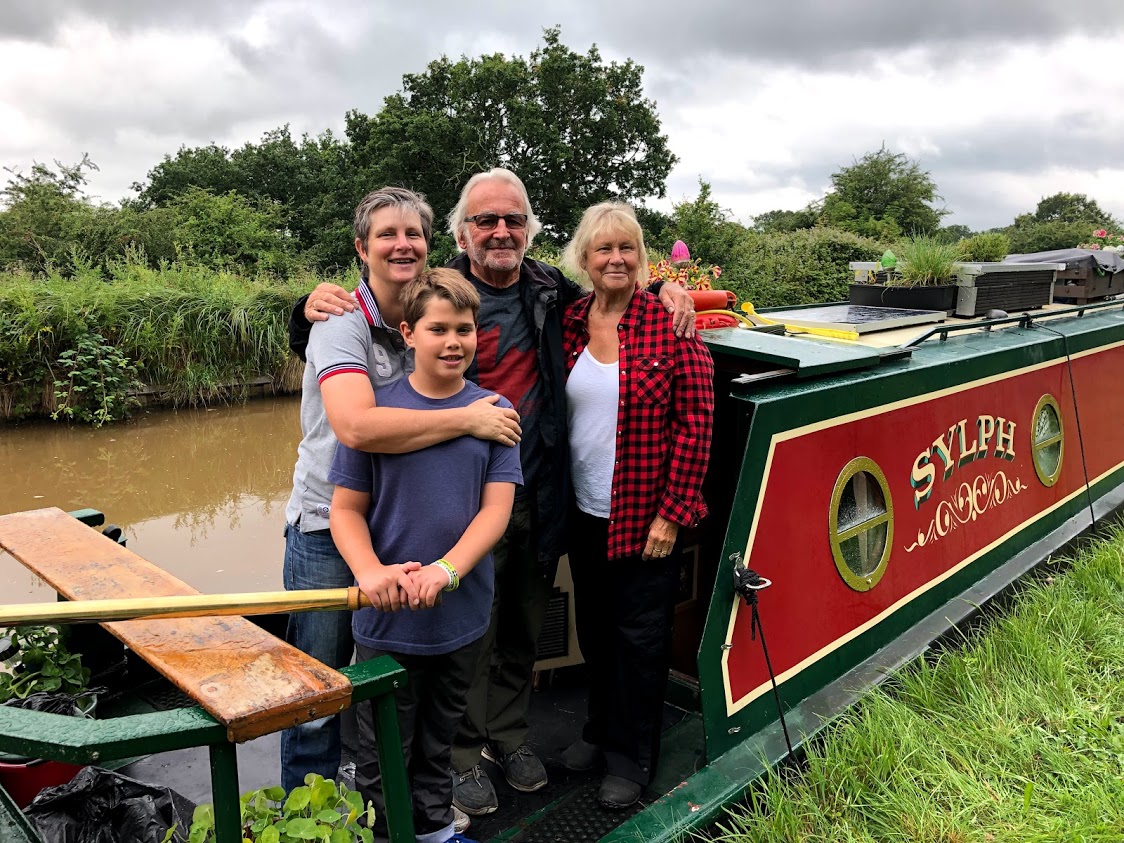 We returned from our Greek Odyssey tired but happy, and ready to continue our waterway journeys.

Prior to our holiday we had arranged for a new gearbox to be fitted to Celtic Maid in the Marina where we had left her. The very leaky and noisy old gearbox was a reconditioned one which we had fitted way back in 2014 on the River Thames at Abingdon very soon after we began our journey. The first attempt at replacement was foiled because it didn’t fit without modifications but the very next day the job was successfully completed, and we were on the move again – quieter but poorer.

We then had to get across the Middlewich Arm to Nantwich in time to get our Boat Safety Survey (BSS) done. This a certification that is required every four years to make sure that your boat meets the safety requirements for gas fitting, ventilation, fire extinguishers, etc. and for licensing and insurance purposes We passed of course!!

Our first joy, one cruising again, was catching up to Jim and Chris who had their great-nephew and his mother, Joseph and Catherine, visiting them from Australia. We had a lovely couple of days cruising, stopping for ice-cream and enjoying a happy hour or two before they left to enjoy the last legs of their holiday in Paris and Singapore.

My sister and her husband Juergen caught up with us again in early August, and finally got to travel with us for a few days on the Worcester and Birmingham Canal, joining us just out of Worcester and returning to their camper, Bertita, in Stoke Prior where we bid a very sad farewell. It has been such a special pleasure to be able to share my love of narrowboating with my sister and spend some quality time with her before we part to pursue our individual lifestyle pursuits.

We also had a multi birthday celebration at the Two Boats Inn at Long Itchington in late August, where Michael and Jane Moody drove to meet up with us. When the 6 musketeers get together fun follows!!!!

Later as we headed south towards London, Bob’s cousin Julie came for a visit – sadly her Dad was unwell and couldn’t join us. We enjoyed a jazz and cider festival at The Barley Mow and Angie (Bob’s cousin’s wife) joined us for breakfast the next day. A big part of this lifestyle has been meeting up with relatives that we have been unable to spend time with whilst living so far away in Australia.

A little further south and a friend of Jim and Chris’s, Marian, who we met a few years ago on her narrowboat, came to visit them to cruise for a while from Aylesbury to Hemel Hempsted. We thoroughly enjoyed her company and our towpath evening happy hours together.

Our last, and thoroughly pleasing social event for this part of our cruising was a much-anticipated catch up with Jonathon, Mija and baby Leo, who met us outside Tesco at Bulls Bridge Junction where Sylph and Celtic Maid had moored on our way into London and Moody Blues had met us coming out. Despite a few hiccoughs with timing, a lovely afternoon was shared in a somewhat unusual social setting and much laughter and story-telling accompanied the eating and drinking.

Waterways both new and old

During this time, along with friends Jim and Chris on NB Sylph, our journey took us on the Shropshire Union Canal from Middlewich to Barbridge Junction and then south through Nantwich, Market Drayton, Gnosall, and Brewood before turning south onto the Staffordshire and Worcestershire Canal at Autherley Junction. We have done these sections before and enjoyed stopping off in these small towns to explore, get provisions and enjoy the many pubs en-route.

From Aldersley Junction near Wolverhampton, we were in new territory for us and it proved to be a delight meandering through cuttings and villages, farmland and city outskirts, conquering 29 locks and 25 miles before reaching Stourport on the River Severn. Along stretches, we passed cliffs forming one side of the canal – some sheer rock faces and others covered in greenery. At times it was disconcerting to see minor rockslides but given the age of this canal perhaps not surprising. So many cottages, pubs, buildings, and landscapes to experience in what is a relatively short stretch. We were so pleased to have decided to come this way.

Once through Kidderminster, we came to Stourport-on-Severn where we navigated through some very deep locks to begin a journey southwards on the River Severn. Three years ago, we came north from Gloucester to the Droitwich Canal on the Severn, which we both agreed is a rather boring stretch of waterway. This time was very different as the river is treelined and interesting rather than feeling like navigating a deep ditch.

Our first night was spent moored outside the Hampstall Inn, site of the Hampstall Ferry Disaster which occurred 100 years and one day prior to our visit. Nine of the seventeen people aboard the ferry were drowned when the overloaded boat capsized as a result of the wash from a passing steamer. New memorial plaques on the site had been erected on the site to commemorate the centenary of this disaster. Lunch and drinks from the pub were enjoyed in the afternoon sunshine.

The following day we moored on the River Severn at Worcester before leaving the river to cruise up the Worcester and Birmingham Canal – another waterway new to us until it reaches the junction with the Droitwich Canal. Continuing on, we conquered the Tardebigge 30 Lock Flight (again), and on the outskirts of Birmingham turned onto the Stratford-on-Avon Canal at King’s Norton Junction.

Once away from the built-up suburban areas the landscape is again beautifully rural but once through the Lapworth Lock flight we were back onto the Grand Union Canal at Kingswood Junction – familiar waterways again.

From here we continued down the Hatton flight and through Warwick, Leamington Spa, and Braunston before turning south again at Norton Junction to take us toward London. Both Sylph and Celtic Maid had a near mishap at the Reservoir near Marsworth Junction where the wind was so strong that both boats ended up sideways across the canal. Fortunately, a few people walking by helped us to pull them in until we could safely and securely moor up. A trip to the nearby Angler’s Retreat pub was required to steady our nerves.

We moored briefly by Stocker’s Lake at Rickmansworth and again above Denham Deep Lock to enjoy walks through the Colne Valley parklands. After a short stint near Cowley to replenish supplies and a social gathering at Bulls Bridge Junction we were ready to embark on our London excursions.