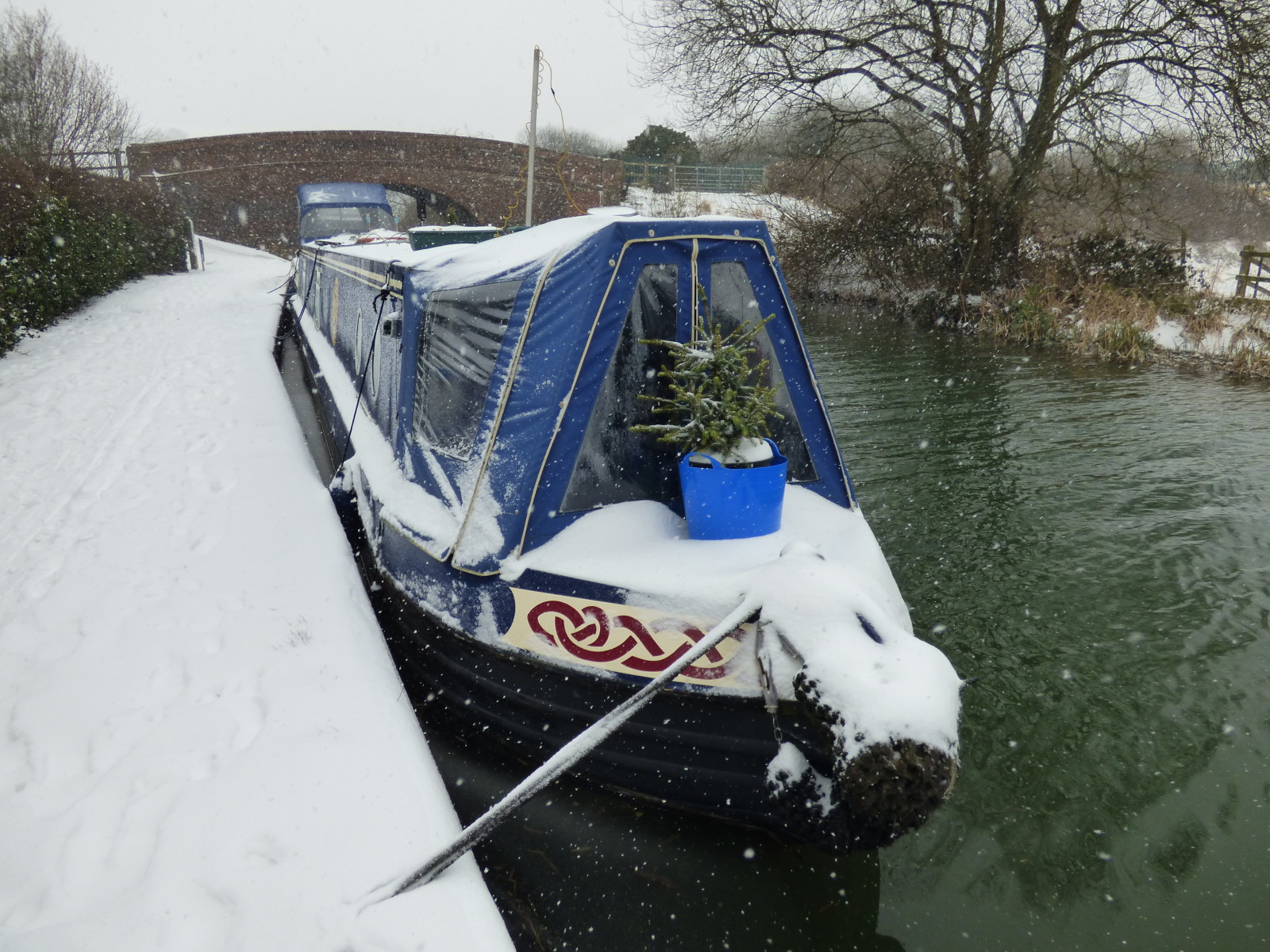 We have only cruised as far as Great Bedwyn during February – 14 miles, 13 locks and 1 tunnel from All Cannings. Whilst moving is a very liberating feeling, the weather just hasn’t been very conducive to making it happen. Despite this, we have been moored at some very nice spots.

Our first stop was at Honeystreet – home to the infamous “Crop Circles“. Although the Barge Inn is currently closed, the small museum behind it provided some very good information. Suffice to say the jury is still out regarding their authenticity.

This close proximity to Devizes enabled us to access shopping facilities there, courtesy of Jim and Chris’s kind taxi service!!!

We finally moved on, staying overnight near Wooton Rivers and Crofton Top Lock, navigating the locks and tunnel, before picking up moorings near the Great Bedwyn Wharf.

Again the taxi service to nearby Marlborough has greatly assisted access to clean laundry and a full fridge and pantry!

We had only experienced light snow flurries so far this winter but whilst at Great Bedwyn we braved the meteorological phenomenon where the “Beast from the East” (a very cold air mass from Siberia) met storm “Emma” (a very cold air mass from the south near Portugal). Their marriage resulted in several cm of snow, very cold temperatures and high wind gusts! Our mooring was fairly well protected and fortunately, the canal did not freeze over.  It had a couple of weeks earlier whilst we were moored at Honeystreet forcing us to stay put as navigation is impossible at such times.

Interspersed with this have been some gloriously sunny days but the temperature was well below 10C for the whole of the month. Cosy on board though!!!

Our friends, Chris and Jim, took the opportunity during February to visit family and friends in the south and south west of England. We are always happy to keep an eye on NB Sylph during these times as they do for us whilst we go away.

We did take a trip to visit our fabulous friends, Christopher and Sue, where we caught up on each other’s lives before they left to visit relatives in the USA. They always look after us so well and we hope we were able to bring them some cheer following recent bereavements.

Probably the highlight of the month was going to Bath with Chris and Jim to celebrate Jim’s birthday and St Valentine’s day with a visit to the theatre to see “The Play That Went Wrong”  with their friends Marion and Andrew. We had a great night together with the exception of very poor service and food from a pizza establishment that we will never give patronage to again.

Our carpet runner for the kitchen was finally ready and, once laid, we were very happy with it. And it doubles as a loofa as well!  All floor coverings are now complete. What next??

One day a fellow boater walked past on his way to discard a television. In his usual style, Bob offered to take it off his hands. Once it was checked out and found to be working it quickly replaced our old one. It is slightly bigger and works very well, resting neatly in the new TV location above the bookshelves. Our old one is quietly awaiting its fate underneath the couch.

We are currently awaiting Brendon to return and fit a slightly longer pipe to the engine cooling system as apparently, the vibration of the engine under load causes the pipe to leak. I’m sure one day Bob will be happy with the engine bay?!?

Due to awaiting mechanical interventions on both boats we look like being here a while. But our plans to head out of the K&A by the end of March are in hand. And then it will be northward bound!!!!