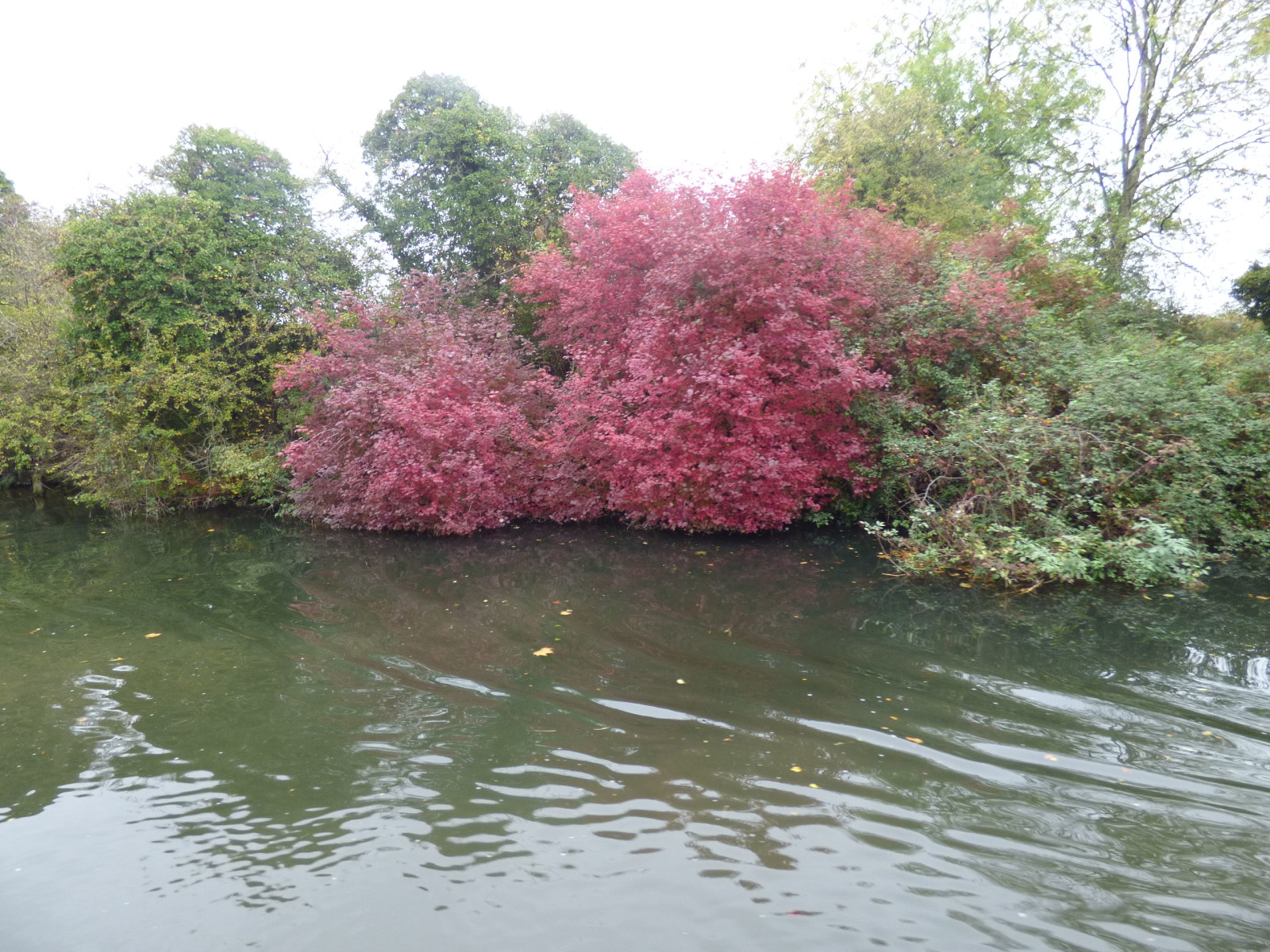 We arrived back at Birmingham airport on Monday 25th September after an uneventful flight via Dubai and a very satisfying but tiring trip to Australia via Phuket. Our friends Michael and Jane met us at the airport holding a welcome back sign. it was so good to be greeted and then returned safely to our beautiful Celtic Maid waiting for us at Dunchurch Pools Marina near Rugby.

There was no rest for the wicked though, as we had to make a dash for Rugby in time to get in supplies and meet our friend (and previous hairdresser) Chris from Renmark who was paying us a long-awaited overnight visit. She was in England visiting her daughter and came to see for herself what we had been sharing with her all through our planning stages at every salon visit!! A patient woman, Chris. We think she enjoyed her time with us cruising back with us from Rugby to Dunchurch Pools Marina with an overnight mooring along the way. All too soon she had to leave but it is always great to share our adventure with Aussie visitors.

Our next quick trip was to Baldock to visit with friends Chris and Sue, and Mick and Kendra (visiting relatives from Washington State USA). We always enjoy a catch up with these people and this time had the added pleasure of Chris and Sue’s grandchildren for an overnight stay. A couple of health appointments were also squeezed in along with a drive through the spectacular villages and countryside that make Hertfordshire so beautiful. Lots of laughs and much love along with a bit of rest made this trip brilliant.

And then we were back at the boat and getting ready to leave the marina for our journey south to meet up with Chris and Jim on Sylph at Reading. While we had been off the boat, a brilliant electrician, Clive Penny, had sorted out our electrical problems by replacing the alternator and batteries and fitting a switch to turn off our solar panels in the event of overcharging. He also returned to us in Banbury to refit our new inverter that had been wrongly wired prior to our purchase. Bravo Clive!!

Finally, we bid farewell to Dunchurch Pools Marina and headed south. It had been a great place to leave Celtic Maid while we went on our travels and, although not yet finished, promises to be a brilliant marina in the future. We might return there someday!!!

We had arranged to meet up with Malcolm and Julia aboard Figment near bridge 100 – a favourite mooring spot – for the weekend and it wasn’t long before we were happily moored and reminiscing and planning. The days passed quickly with shared meals, a Sunday trip to the pub for the boys while the girls took a walk and enjoyed a long-awaited game of Rummikub. With plans to catch up while we are on the Kennet and Avon and hopes to travel together for a little while next summer, we left Monday morning for a rendezvous at the Folly Inn at Napton with Jane and Michael. We have said so many goodbyes to them this year and will have more hellos soon. Just love being with them.

On Tuesday morning we arose early and put in a rather long day arriving in Banbury in the late afternoon. Yes, we were tired but well satisfied with our day’s work. It gave us a full day on Wednesday to get washing done, buy a new phone for Bob and sort out a small problem with our bank. All tasks went smoothly and after Clive arrived the next morning to fit and test the inverter we did a shop and then continued south to make sure we could meet a train at Heyford the next day carrying more visitors – Lynley and David from Australia.

Lynley interviewed Bron for her first job in the Riverland twenty years ago and although they haven’t worked together directly since, they have kept in contact. They altered their tour of Europe to include visiting us at the end. Having a boat in Australia, they were well prepared for the sometimes cramped conditions aboard and it was easy sharing Celtic Maid with them. We had a very enjoyable time cruising between Heyford and Oxford where they left us three days later to return to Europe for their trip back to Australia. I think they enjoyed helping out with the locks, spending a short time on The Thames and being present when Bob took his first fall into the canals at Thrupp. No harm was done and now it is done, the next time it will be even easier!!

Then we had a very quick run down the Thames to Reading for our rendezvous with Sylph. Despite some very adverse windy weather we made good time and arrived a day later than they did. We finally met up in the very late afternoon and were soon celebrating our reunion.

But there was no time to rest as we had to make tracks the next day to avoid being caught the wrong side of winter lock closures along the Kennet and Avon Canal, where we started our life as narrowboat aussies almost four years ago.